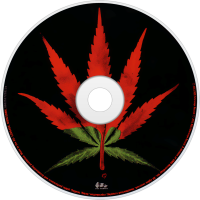 The R.E.D. Album is the fourth studio album by the American rapper and West Coast hip hop artist Game, which was released on August 23, 2011 through DGC Records and Interscope Records after almost two years of delays since late 2009 and being rescheduled a total of 10 times. Before the album's official release and unlike the several previous given release dates, Game confirmed that the new release date given of August 23, 2011 (for North America) would be permanent for good. The R.E.D. Album was also thought to be released under Dr. Dre's Aftermath Entertainment and that it would mark Game's return to Aftermath Entertainment and Interscope Records, the two record labels that released his debut album, The Documentary, before a feud with former fellow G-Unit labelmate 50 Cent caused him to release his two following albums, 2006's Doctor's Advocate and 2008's LAX, on Geffen Records
Recording sessions for the album took place between early 2009 and late 2011 at Ameraycan Recording Studios, at Pacifique Recording Studios both located in North Hollywood, California, at Encore Recording Studios in Burbank, California and at Paramount Recording Studios in Hollywood, California. According to Game, Dr. Dre, Pharrell Williams and Mars (of production group 1500 or Nothin') would be executive producer's on the album. It was also stated that Game worked with a wide range of record producers during the albums recording sessions, those including Boi-1da, Cool & Dre, DJ Khalil, DJ Premier, Don Cannon, Hit-Boy, Maestro, StreetRunner, The Futuristics as well as Dr. Dre, Bangladesh, DJ Quik, Drumma Boy, Hi-Tek, Jim Jonsin, Jeff Bhasker, Just Blaze, J.U.S.T.I.C.E. League, J. R. Rotem, Kanye West, Lex Luger, Nottz, No I.D., Polow da Don, Ryan Leslie, RZA, Scoop DeVille, Scott Storch, Swizz Beatz, Timbaland, will.i.am and many others that did not make the final cut.
The album debuted at number one on the US Billboard 200 chart, selling 98,000 in its first week, a major fall from his previous three released album sales. It has produced two singles, the controversial and less successful "Red Nation" and "Pot of Gold", which attained some Billboard and worldwide chart success. Upon its release, The R.E.D. Album received generally mixed to positive reviews from music critics, who commended his passionate performance on the album and ear for production.

Album Review
On previous LP LAX, Jayceon Taylor aka Game seemed assured in his approach, as he saturated deep instrumentals with gruff tales of survival and perseverance in California’s gang territory. Three years later, and he’s still emotional on The R.E.D. Album, if not downright frustrated with multiple setbacks. And who could blame him? The aforementioned LAX received mixed reviews from critics, a fact not forgotten by the brash Compton-raised MC. "I was stressed the f*** out, torn between Aftermath and Geffen," Game raps on the opener here, referencing the tug-of-war he endured with the two record labels.
Then there were the delays. It took Game (no ‘The’ these days) nearly three years to complete this project, a 21-track deluge of passionate wordplay and sullen reflection, set against a glossy backdrop of polished West Coast soul and thumping drums. The artist has never shied away from his chequered past, often celebrating his gang affiliation and glorifying his police record, and it’s more of the same on The R.E.D. Album. "Yeah, I got two gun charges, three felonies, just got off probation," he proudly states on Heavy Artillery. It’s not entirely heavy, though. Martians vs. Goblins, featuring Lil Wayne and Odd Future leader Tyler, the Creator, is rooted in offbeat funk and heavy on the eye-popping punch lines. "I suck? Where’s the f***ing Ring Pops / You got a better chance of getting a copy of Detox," Tyler raps, referencing the much-delayed Dr. Dre album.
Overall, The R.E.D. Album stands as a solid return for its maker, as long-time listeners will connect with his no-frills lyrics and unsettling artistic demeanour. He’s at his best when he mangles the instrumentals with menacing abandon; less so when he’s dangerously drifting into mainstream RnB music. While Pot of Gold works as an efficient coming-of-age tale, Hello and All the Way Gone sound somewhat forced. Game also seems influenced by the rappers he features, often emulating their voices and cadences: on the jazzy Mama Knows, for instance, he sounds eerily similar to Nas. When left on his own, however, Game proves he’s still as magnetic as ever, whether he’s carrying the torch for the West Coast or proclaiming himself one of the industry’s best rappers. The game doesn’t change, just the players.