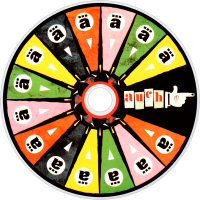 auch (also) is the twelfth full-length studio album by Die Ärzte. It was released on 13 April 2012. For each song on the album an animation and a performance video was released on YouTube. The B-sides of the singles also received a video (altogether 37 videos). The videos can also be bought in iTunes. The EP-single zeiDverschwÄndung was released on 2 March 2012.

The album reached the first position in Germany, Austria and Switzerland in the first week after its release.