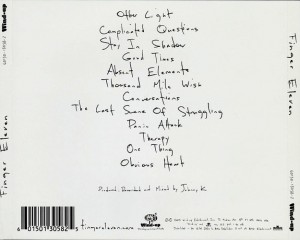 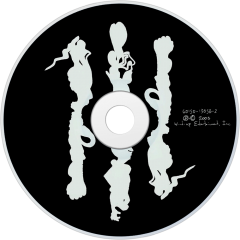 Finger Eleven is the eponymous third studio album by the Canadian rock band Finger Eleven, released June 17, 2003 on the Wind-up label. The sounds on this album range from grunge and prog-rock to Electric Six-style disco metal. Because of its commercial success, they were welcomed to the SnoCore 2004 tour. "One Thing" became the biggest single from this record, reaching 16 on the Billboard Hot 100. It was also played consistently on rock radio and MTV. Some of the songs have been featured in various EA games including "Stay in Shadow" (Burnout 3) and "Good Times" (SSX3). In a similar vein, "Other Light", "Conversations", and "Good Times" have all appeared in the GameCube game 1080° Avalanche.