04) Your Own Worst Enemy 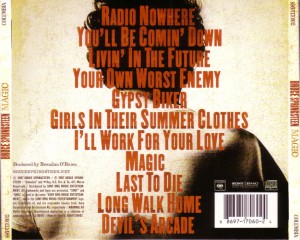 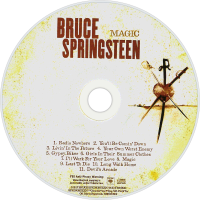 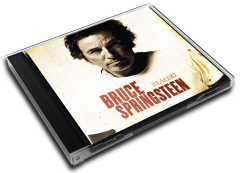 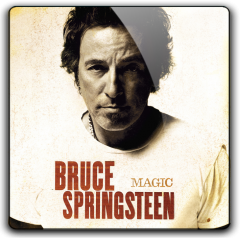 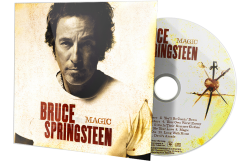 Magic is the fifteenth studio album by Bruce Springsteen, released in 2007 on Columbia Records. It was his first with the E Street Band since The Rising in 2002. The album was #2 on Rolling Stone's list of the Top 50 Albums of 2007.
Magic was announced on August 16, 2007, following months of fevered recording speculation, and weeks of equally fevered release speculation, among the Springsteen faithful.
Of the album's tracks, "Long Walk Home" had been previously heard once, late on the 2006 Sessions Band Tour; the rest were new. Most of those were written by the end of 2006; Springsteen allowed producer Brendan O'Brien (returning for a role he had for The Rising and 2005's Devils & Dust) to pick the ones that worked the best. Recording began at Southern Tracks Recording Studio in Atlanta over a period of two months beginning March 2007. It was complicated by the band members' schedules, and especially drummer Max Weinberg's weekday commitments to taping Late Night with Conan O'Brien. The band did not record as a unit: rather, during the week Springsteen worked on vocal tracks and production; on weekends the core band of Weinberg, bassist Garry Tallent, and pianist Roy Bittan flew down to record the basic tracks with Springsteen. Then periodically the other band members were called in as needed to overdub their parts under producer O'Brien's watch. Only saxophonist and longtime foil Clarence Clemons was given different treatment, with O'Brien handing the studio over to Springsteen for recording of sax parts due to "a whole dynamic that spans decades."
Upon its announcement, Magic was characterized by Springsteen's manager Jon Landau as a "high energy rock" album, with a "heavy E Street Band" sound. The initial track, "Radio Nowhere", was slated as the album's first single, for release to radio on September 4, 2007; however, it leaked to the Internet on August 22, 2007. The release of the CD form of the album on October 2, 2007 was preceded by a September 25, 2007 release on vinyl record, in order to qualify the album for the Grammy Awards of 2008 before the end-of-September cutoff.
The album became available for pre-order on iTunes on August 28, 2007, with a promotion featuring the release of "Radio Nowhere" as a free downloadable single; the first legs of the accompanying Magic Tour were announced as well. The entire album began leaking to the Internet on September 6, 2007. The following day, 93.3 The Wolf's Fast Freddy in Youngstown, Ohio, got a leaked copy and played the whole album over the air. In the following days tracks became available in more visible places, such as YouTube. On September 25, with the vinyl release being made, New York radio station Q1043 posted the entire album via Sneak Peek. Magic became available for purchase in Ireland, Belgium, and Germany on September 28.
The album was #2 on Rolling Stone's list of the Top 50 Albums of 2007 and "Long Walk Home" was #8 on the magazine's list of 100 Best Songs of 2007 Magic was nominated for the Grammy Award for Best Rock Album but lost to the Foo Fighters' Echoes, Silence, Patience & Grace.

User Album Review
Bruce Springsteen’s muse like his hero Bob Dylan’s, has been lived in, knocked around and cared about for so long now that it’s reached a kind of Platonic plateau where a song that on the surface is riddled with cliché transcends its subject matter to become resonant on a deeper universal level; It's as though his Americana is a legendary land we all can share in. And like Dylan’s Modern Times, Magic makes the difficult trick of sounding simplistic sound easy – if you see what I mean.
From the opening lament for the death of rock’s means of communication, “Radio Nowhere”, to the closing tale of criminal intent, “Devil’s Arcade”, this is a truly prime slice of the Boss. Here he avoids the more political edge that he’s been forced to adopt by events of late and returns to smalltown heartache, outlaw chic, crises of faith and desperate times sent to visit the ordinary folk that inhabit his songs. When it comes to shaken faith he uses Christian imagery to ward off despair like the photo of his Catholic amulets that graces the inner sleeve. In “I’ll Work For Your Love” he even compares the hard work of seduction to Christ’s procession to Calvary.
Age is naturally an issue, especially with the E Street band looking like a bunch of members of an over-50s bike club (though Nils Lofgren’s guitar solo on “Gypsy Biker” betrays no sign of arthritis). Again, with scary concision he writes about coming to terms with lost youth in “Girls In Their Summer Clothes”.
He’s returned to the classic sound of the E Street Band. It’s a full-throated blast of rock ‘n’ roll that only suffers in its hugeness, with Brendan O’Brien’s production sometimes threatening to overpower Springsteen’s vocals. But the band sound ridiculously pumped up. “Living In The Future” could have come off The River or Darkness On The Edge Of Town. And that’s not to say that it’s a weary re-tread; it means it’s an instant Boss Classic: all parping horns, chiming keyboards and killer impassioned chorus. And it contains one of his classic couplets: ‘Just about sundown you come walkin’ through town, your boot heels clickin’ like the barrel of a pistol spinnin’ ‘round’.
This late in the day with so much variety and so many detours behind him it could be that Magic will merely be lapped up by the faithful and ignored by all the Boss agnostics. This is a crying shame because it really is a crowning achievement to his career thus far. It is, in a word, magic.