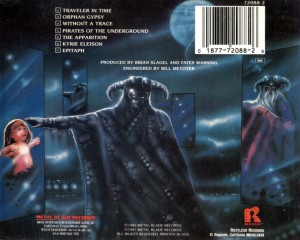 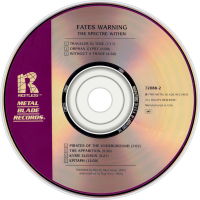 The Spectre Within is the second studio album by progressive metal band Fates Warning, released in October 1985 through Metal Blade Records. It has been reissued three times: first as a double album together with Night on Bröcken (1984) in 1992, followed by a remastered edition in 1994, and again in 2002 with four bonus tracks as well as new cover art.[

Album Review
Although Fates Warning was beginning to create their own sound as a metal band, they were still not a progressive band at this point. The bombastic pounding, dueling guitars, and falsetto singing defined this genre perfectly. Metal fans may enjoy this more than Night on Brocken, especially "Pirates of the Underground" and "The Apparition," but there is very little, if anything, for the progressive fan.