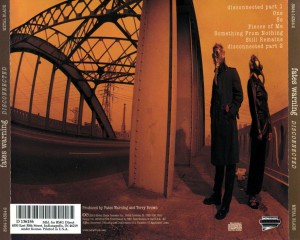 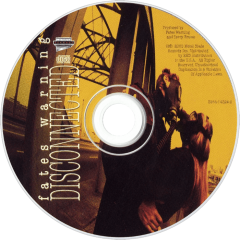 Disconnected is the ninth studio album by progressive metal band Fates Warning, released on July 25, 2000 through Metal Blade Records. Kevin Moore previously played on the Fates Warning album A Pleasant Shade of Gray and later appeared in OSI with Matheos.
The album was re-released in Germany in 2006 as part of a two-CD set with the album Inside Out featuring bonus tracks

Album Review
Fates Warning reached a milestone in their career with the progressive metal classic A Pleasant Shade of Gray in 1997, a session that produced unyielding critical acclaim. The same acclaim should be granted for the impressive Disconnected. Guitarist/founder Jim Matheos has brought back the band's heavy sound, obviously influenced by Rammstein, which brings an added intensity. Their cerebral, moody approach continues to evolve producing fresh music unparalleled in a style filled with Dream Theater clones. Drummer Mark Zonder outdoes himself here adding to his growing reputation as a drumming legend that too few have heard of. The atmospheric keyboards and bass are supplied respectively by Kevin Moore and Joey Vera (who are not pictured with the band) who are apparently part-time members. Their contributions are equally as important here, in particular Moore who is to the band what Lyle Mays is to the Pat Metheny Group. He is equally capable of grand feats of virtuosity or creating multi-layers of atmospheric moods. Not to be overlooked is producer Terry Brown who has done for Fates Warning what he did for Rush in the '70s. This is a significant effort by perhaps the most important progressive metal band of all time. Highly recommended.