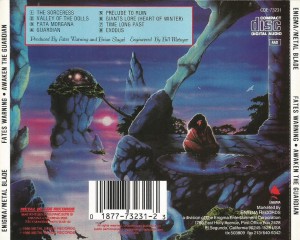 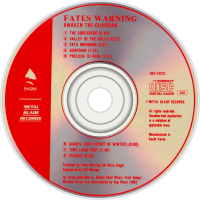 Awaken the Guardian is the third studio album by American progressive metal band Fates Warning, released in 1986 through Metal Blade Records. The album was the band and their label's first to enter the U.S. Billboard 200, reaching No. 191 and remaining on that chart for four weeks. It is also the first Fates Warning album to feature guitarist Frank Aresti and the last with original singer John Arch, who was replaced by Ray Alder on their subsequent 1988 album No Exit.

Album Review
Still singing about witches and devils, Fates Warning remained a metal band despite claims that this was their first progressive recording. Their aggressive sound remains from the first two efforts, and the song structures are too rudimentary to be called progressive. From this session one classic did emerge, "Guardian," a song that is still requested at their live shows. Progressive fans can skip this one too; however, metal fans are encouraged to pick it up, as it is a closet classic from the underground metal years of the '80s.