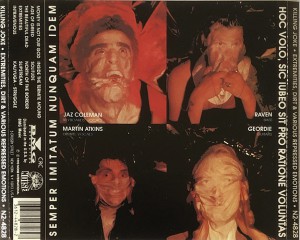 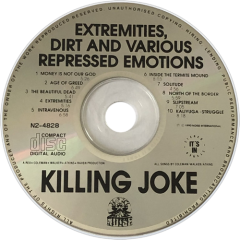 Extremities, Dirt and Various Repressed Emotions is the eighth studio album by English post-punk band Killing Joke, released in November 1990 by Noise Records. It is the only Killing Joke album to feature drummer Martin Atkins, formerly of Public Image Ltd and Ministry. Keyboard player David Kovacec left the band to go and compose his own music.
It was re-released on 15 October 2007 by Candlelight Records in three editions: double LP, normal CD and a Deluxe Edition with a CD and a dual disc.