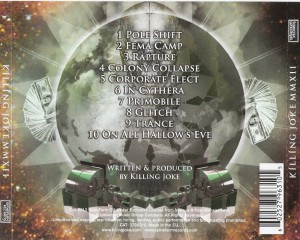 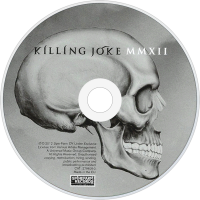 MMXII ("2012" in Roman numerals) is the fourteenth studio album by English post-punk band Killing Joke, released on 2 April 2012 by Spinefarm Records, distributed worldwide by Universal Music Group.
MMXII is a dense and dark end-of-time album that explores the 2012 phenomenon with political, anti-capitalist and forward-looking themes, which is also able to find moments of optimism and hope, and positive light in the fields of environmentalism, reforestation, permaculture and the dawning of the Age of Aquarius. The industrial rock album's compositions are characterized by Walker's guitar riffs, Youth's warm and vibrant bass guitar, Fergusson's impeccable timing and by Coleman's sweet harmonies mixed with rants.