Glory to the Brave 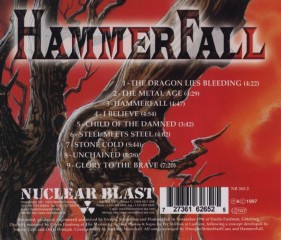 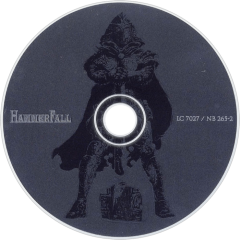 Glory to the Brave is the first studio album by the Swedish power metal band HammerFall, released 27th June 1997 on the Nuclear Blast label. Despite the fact that the band was formed in 1993, HammerFall performed mostly live music and covers before this album was released. "Steel Meets Steel" was composed by Oscar Dronjak just before the band was formed and is included on this album. The band signed a deal with the Dutch label Vic Records. Nuclear Blast approached Vic Records and obtaine a license deal for the album. Later, Nuclear Blast bought the entire rights from Vic Records. Although the In Flames guitarist Jesper Strömblad was listed as the drummer, all the drums were actually played by session musician Patrik Räfling, who joined the band as a full time member shortly after the album's release.

The cover art was painted by Andreas Marshall.

"I Believe" was co-written with Peter Stålfors of Pure X and, later, the more famous Dream Evil.

Glory to the Brave was re-released in 2002 as a Deluxe Edition with the Stormwitch cover "Ravenlord" as a bonus track as well as a multimedia section including a music video.