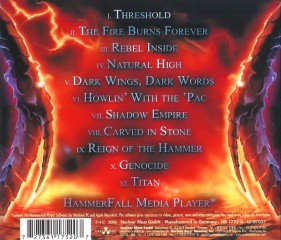 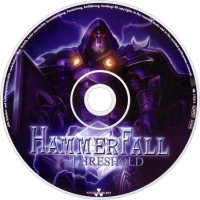 Threshold is the sixth studio album by the Swedish heavy metal band HammerFall. It was released on 18th October 2006, on the Nuclear Blast label in Europe and October 31, 2006, in the United States. The album entered the Swedish charts at number one, staying on the chart for eight weeks. This was the band's first No. 1 since Renegade in 2000. It is currently the last HammerFall studio album with the guitarist Stefan Elmgren and the bass guitarist Magnus Rosén, as Rosén left the band in 2007 and Elmgren left in 2008.

The guitar solo of "Howlin' with the 'Pac" is essentially a reworked version of the one from "Hearts on Fire".

As with several songs on the previous album, the song "Dark Wings, Dark Words" is inspired by A Song of Ice and Fire.

The song "Titan" seems to be inspired by Titan A.E..