Keeper of the Seven Keys: The Legacy 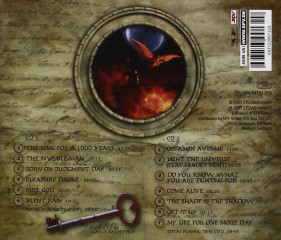 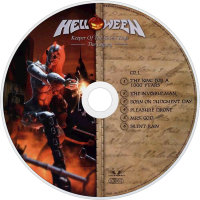 Keeper of the Seven Keys: The Legacy is the eleventh studio album by the German power metal band Helloween, released on October 31, 2005. The musicians, Andi Deris (vocals), Michael Weikath (guitar), Markus Grosskopf (bass guitar), Sascha Gerstner (guitar) and new addition Dani Löble (drums, ex-Rawhead Rexx), see this recording in direct context with their 1987 and 1988 classics Keeper Of The Seven Keys parts I and II. The album is a double CD with nearly 80 minutes playing time and comes is sold as a digipack with 6 flaps. Keeper of the Seven Keys - The Legacy leans more towards the genre of progressive metal than the previous album, Rabbit Don't Come Easy, which was much more of a power metal album. It was produced by Charlie Bauerfeind (Blind Guardian, Halford, Rage) and features Blackmore's Night singer Candice Night on the track "Light The Universe".

The song "Occasion Avenue" uses samples from "Halloween", "Eagle Fly Free" and "Keeper of the Seven Keys" with Michael Kiske on vocals. One of the samples is a clip from a previously unreleased live version of "Keys" with Kiske singing the first part of the chorus and the crowd joining in.