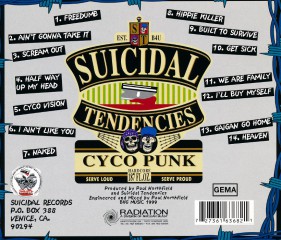 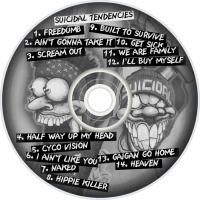 Freedumb is the ninth studio album by crossover band Suicidal Tendencies, released on May 18, 1999 on Suicidal Records.
The tracks are rawer than the funk influenced thrash metal direction they were taking before the hiatus. The album's cover art is a reference to the photo Raising the Flag on Iwo Jima taken during World War II.
The song "Cyco Vision" was featured on the video game Tony Hawk's Pro Skater. The album art can also be seen on a wall in the School level.