Free Your Soul... and Save My Mind 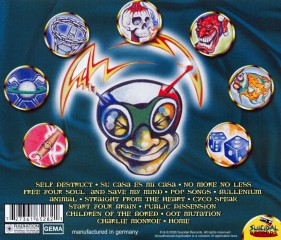 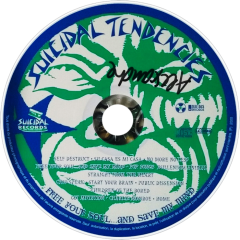 Free Your Soul...and Save My Mind is the tenth studio album by crossover thrash band Suicidal Tendencies, released in 2000.
A music video was made for "Pop Songs". It was the band's first official video in six years, since "Love Vs. Loneliness" (from Suicidal for Life).
This album marked the only time Suicidal Tendencies did not make any personnel changes over three consecutive studio recordings, as the lineup of Mike Muir, Mike Clark, Dean Pleasants, Josh Paul and Brooks Wackerman had recorded their previous album Freedumb and their 1998 EP Six the Hard Way. Paul and Wackerman did, however, leave the band after the 2001 release of their split album Friends & Family, Vol. 2.