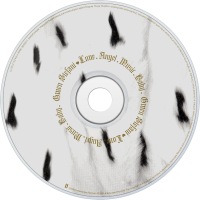 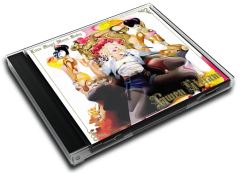 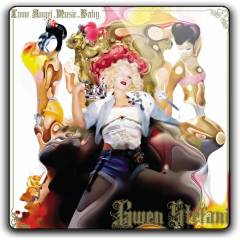 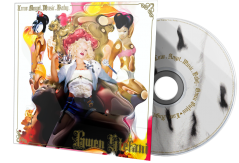 Love. Angel. Music. Baby. is the debut solo studio album by American recording artist Gwen Stefani, released on November 12, 2004 by Interscope Records. The album originally began as a small side project for Stefani, eventually growing into her first solo album following her break from the band No Doubt, as well as a large production with numerous musical collaborations and producers.
Love. Angel. Music. Baby. was designed as an updated version of a 1980s music record, and was influenced by artists such as early Madonna, New Order, Cyndi Lauper, Depeche Mode, The Cure, Lisa Lisa and Cult Jam, Debbie Deb, and Club Nouveau. Most of the songs on the album are thematically focused on fashion and wealth. The album introduced the Harajuku Girls, four backup dancers who dress in Stefani's interpretation of the youth fashion trends of Harajuku, a district in Tokyo, Japan.
Love. Angel. Music. Baby. debuted to generally favorable reviews from contemporary music critics. The album yielded six singles and had high sales, going multi-platinum in several countries, and selling seven million copies worldwide. It earned Stefani six Grammy Award nominations in 2005 and 2006.

User Album Review
Love, Angel, Music, Baby is Gwen Stefani's first solo album and a glittering salute to her passions for fashion and 80s synth. A side project from Gwen's other role as the Blondie-esque singer in No Doubt, this greatalbum reinforces her international-pop-star status and coincides with an imminent silver screen debut as Jean Harlow in Martin Scorsese's Howard Hughes' biopic The Aviator.

OutKast's Andre 3000, Dr Dre, the Neptunes, and No Doubt band mate Tony Kanal number among the talented catalogue of collaborators who have helped Gwen realize this vision of Tokyo-tastic electro pop.

Explosive opener "What You Waiting For?" is a magnificent slab of electro funk with a kick ass attitude reminiscent of Goldfrapp's "Strict Machine". Produced by Nellee Hooper, it stands out as the best track on the album for the way it pits storming beats against enthusiastic lyrics like, 'Take a chance you stupid ho' and 'I can't wait to go back and do Japan!'

"Rich Girl", produced by the ubiquitous Dr Dre, is just as infectious and teams Gwen's vocals with groovy raps from gal pal Eve. The resulting tune is disco gold, impossibly girly and very easy to dance to. Gwen and Eve sing about the joys of shopping and Gwen dreams of one day acquiring a troupe of harajuku girls ("Love, Angel, Music and Baby") to help inspire and dress her. "Bubble Pop Electric", recorded with Johnny Vulture (Andre 3000's rock 'n' roll alter ego), uses skipping scatter gun beats as an imposing backdrop to Gwen's sugar-sweet vocals. It's an effective approach later repeated on "Long Way To Go", a soulful duet from Andre and Gwen about love and boundaries.

Love, Angel, Music, Baby marks Gwen's debut as a rival to the likes of Madonna and Kelis, and their influence is apparent. The cheeky upstart charm Madonna sported in the 80s is embraced to shrewd effect on "Serious",whilst "Rich Girl" is a bouncy foil to Kelis' "Milkshake". In all, this is a stunning and stylish effort that showcases Gwen's credentials as a bonafide pop goddess.