Criteria for a Black Widow 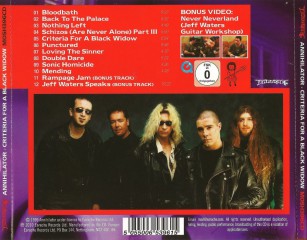 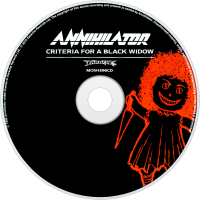 Criteria for a Black Widow is the seventh album by the Thrash metal band Annihilator. It was released in 1999. For this LP Jeff Waters reunited the first Annihilator line-up (with the exception of bass player Wayne Darley who declined to rejoin the band, and was replaced by Russ Bergquist).