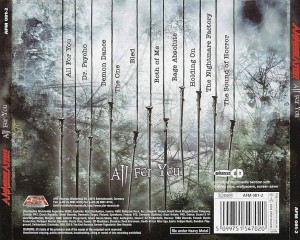 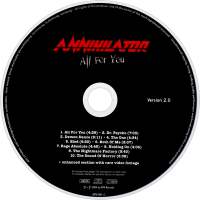 All for You is the tenth studio album by Canadian heavy metal band Annihilator, released on May 24, 2004 by AFM Records. It was the first album to feature Dave Padden on vocals. It was also the second to feature Mike Mangini on drums.