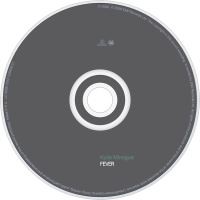 Fever is the eighth album by Australian singer Kylie Minogue. It was released on 1 October 2001 by Parlophone Records and Mushroom Records, and on 26 February 2002 by Capitol Records. Minogue began work on the album in 2001, working with famous songwriters and producers like Cathy Dennis, Rob Davis, and Tom Nichols, moving into a "sexier" and "groovier" form of dance music. The album received mostly positive reviews from critics, with most noting the dance and electric elements on the album and calling it edgier than Light Years. After its release, the album reached number one in Australia, Austria, Germany, Ireland, and the United Kingdom while peaking within the top twenty-five of other countries, including an unusually high peak for Minogue in the U.S. with number three.
The album's first single, "Can't Get You Out of My Head", peaked at number one in fifteen countries, including a number seven on the United States' Billboard Hot 100 and a platinum certification there, becoming Minogue's biggest worldwide hit to date. The second single, "In Your Eyes", reached number one in Australia and number three in the UK, while peaking within the top twenty-five in other countries. The next single was "Love at First Sight", which reached number twenty-three in the US, two in the UK, and three in Australia, while becoming a top forty hit in the rest of the world. The final single was "Come Into My World", peaking at number four in Australia and number eight in the UK, while only managing a number ninety-one in the US.
Minogue promoted the album in a series of live performances, including her most expensive tour to date, the KylieFever2002 tour. In the US, the album received a platinum certification from the Recording Industry Association of America and it sold over 1.1 million copies according to Nielsen SoundScan. Fever also earned Minogue a Grammy Award for Best Dance Recording for the song "Come Into My World". To date "Fever" has sold over 8 million copies worldwide.