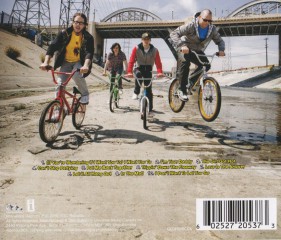 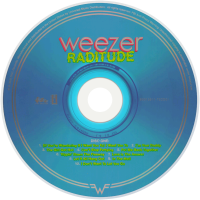 Raditude is the seventh studio album by American alternative rock band Weezer, released on November 3, 2009 and is their final album on DGC Records, Geffen Records and Interscope Records. The title of the album was suggested to Weezer vocalist Rivers Cuomo by actor Rainn Wilson.
The album's first single, "(If You're Wondering If I Want You to) I Want You to", was released in August 2009. The album debuted at number seven on the Billboard 200.
Cover artwork is a photo of a dog named Sidney, originally published in an 2009 August edition of National Geographic Magazine.[16][17]
The album was initially released in Australia on October 30, 2009. It was made available in the United Kingdom on November 2, 2009, and the following day in the United States. It opened at number seven on the Billboard 200, selling 66,000 copies in its first week of availability. As of September 2010, it has sold 240,000 copies.