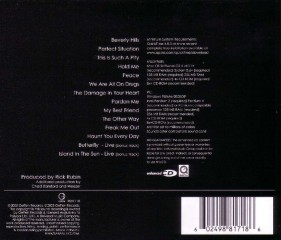 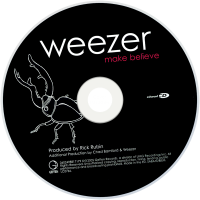 Make Believe is the fifth studio album by Weezer, released on May 10, 2005, the eleventh anniversary of the release of their debut album. Bolstered by the Top 10 hit single "Beverly Hills", it gave Weezer their biggest chart album peak yet, hitting #11 in the UK, #1 in Canada, and #2 in the U.S., where it went gold quickly, and eventually platinum. The song also earned the band their first Grammy nomination for Best Rock Song. Despite this, Make Believe has received mixed reviews from critics and fans, though it has remained a consistent seller.
As of December 2007, Make Believe has sold 1,215,000 units in the U.S. alone. It reached number two, the band's highest peak to date.
Make Believe features the band's first two songs to top the Billboard Modern Rock Tracks chart, the aforementioned "Beverly Hills" and "Perfect Situation."