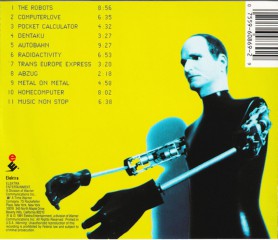 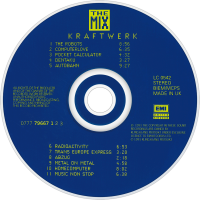 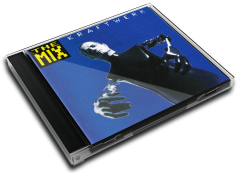 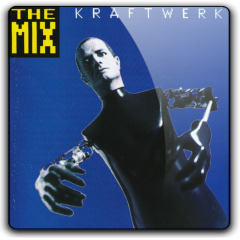 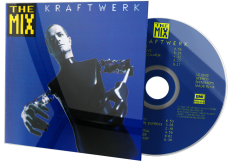 The Mix is a 1991 remix album by Kraftwerk. It featured re-recorded versions of a selection of songs which had originally appeared on the albums Autobahn through Electric Café. HÃ¼tter stated in interviews that he regarded The Mix as a type of live album, as it captured the results of the band's continual digital improvisations in their Kling Klang studio. The band made a return to the stage in 1990, after a nine-year hiatus from touring. Most of the songs featured on their set list from this point to the present time have been heavily rearranged in a similar fashion to what appears on the album.
Stated reasons from the group explaining the release include:
The group didn't want to release a traditional "Greatest Hits" or "Best of" collection.
At the time, the band were in the process of reconfiguring their Kling Klang studio from analog to digital recording technology; integrating MIDI into their setup and creating sound archives from their original master tapes that were stored onto computers. This proved to be an ongoing task, as new upgrades and equipment were continually made available in the years following the album project.
Despite no new, original recorded material or live tours outside of Europe, Ralf HÃ¼tter didn't want Kraftwerk to appear defunct to the public.
The album met with a rather mixed reception on its release. Many were disappointed at the lack of new compositions and, moreover, the production values of the re-recorded tracks did not strike many listeners as particularly cutting edge, something which Kraftwerk had previously been renowned for. The Mix was created entirely digitally, albeit during a period when the technology had yet to reach its maturity, and thus featured a sound which many listeners tend to find somewhat "sterile" compared to the analogue electronics employed on most of Kraftwerk's previous recordings of these songs.
The album sleeve was somewhat obtuse in the information it offered. Production of the album is credited to Ralf HÃ¼tter, Florian Schneider and Fritz Hilpert, the latter of whom replaced percussionist and stage set designer Wolfgang FlÃ¼r after FlÃ¼r left the group in 1987. Karl Bartos also left the band in 1991, after the sessions for the album were completed. Bartos claimed in later interviews that much of his programming work was still featured on The Mix, uncredited.
A newly remastered edition of the album was released by EMI Records, Mute Records and Astralwerks Records on CD, digital download and heavyweight vinyl in October/November 2009. Because of licensing restrictions imposed by Warner Music Group, this version has only been made available in the US and Canada as a part of The Catalogue box set.