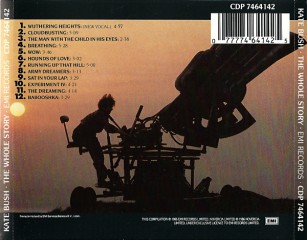 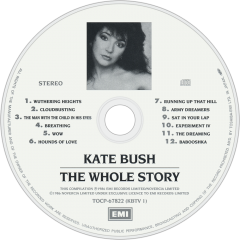 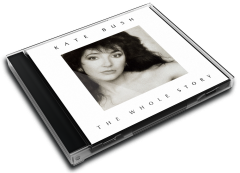 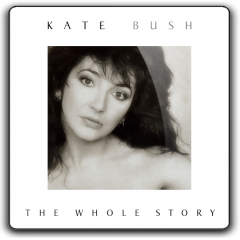 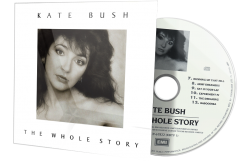 The Whole Story is a compilation album by the English singer Kate Bush, marking a decade since the singer's beginnings in 1976. It was her sixth album release overall and peaked at No.1 on the UK album chart, certified 4Ã— Platinum in the UK.
The album included a previously unreleased track entitled "Experiment IV" which was released as a single and made the UK Top 30, as well as a new version of Bush's first hit, "Wuthering Heights", featuring newly-recorded vocals.
A home video compilation also called The Whole Story was released at the same time. It includes the videos for the songs on the album (in the same order), plus the video for "The Big Sky", a song from Hounds of Love which is not included on the compilation album. The video for "Wow" on this release features excerpts from Bush's 1979 live tour, as the singer was no longer fond of the original promotional video. The video for "Experiment IV" has cameos by Dawn French, Hugh Laurie and Peter Vaughan