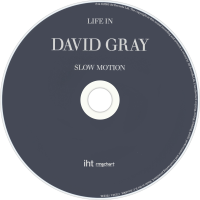 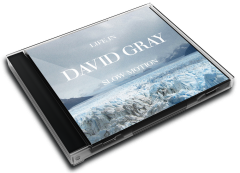 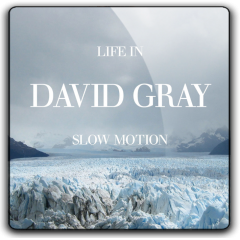 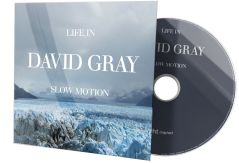 Life in Slow Motion is the seventh studio album by English singer-songwriter David Gray, released on 12 September 2005 in Europe and September 13 in the United States. Following a muted response to his previous album, A New Day at Midnight, this album was seen by many as a considerable return to the form that brought Gray international acclaim with White Ladder. This was also the last album recorded with longtime collaborator Craig McClune.

Gray cites Sigur Rós, Sparklehorse, Lucinda Williams, Björk and Mercury Rev as inspiration for the album. The album was also the first time Gray added a cello player. The original choice for a producer for the album was Daniel Lanois, but as he was busy, he ended up working with Marius de Vries who had produced his previous hit single "Sail Away." Throughout the tour supporting the album, Gray played a different setlist every night.

The three singles from the album were "The One I Love," "Hospital Food," and "Alibi." The album was also released on DualDisc format, which included a documentary of the making of the album, a photo gallery, and complete lyrics on the DVD side of the disc.