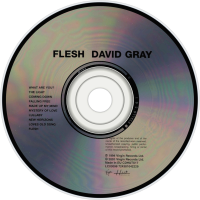 Flesh is the second studio album by David Gray, initially released in September 1994, and re-released along with Gray's debut album A Century Ends on July 2, 2001. In the United States, the album featured a photo of a storefront's window display as its album cover.