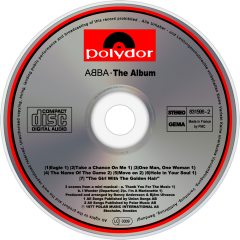 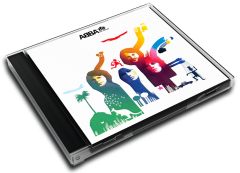 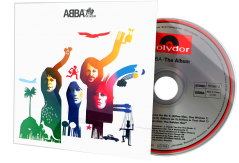 ABBA: The Album is the fifth studio album by the Swedish pop group ABBA. It was released on 12 December 1977 through Polar Music. The album was released in conjunction with ABBA: The Movie, with several of the songs featured in the film.
The album contained the singles "Take a Chance on Me", "The Name of the Game", "Eagle" and "Thank You for the Music" which has been called ABBA's "goodbye" song even though it was released five years before the band officially broke up. It also features the song "Hole In Your Soul", which was performed as the last song at many ABBA concerts, including their final 1979 tour, and two other songs, "One Man, One Woman" and "I'm a Marionette".
The album offers three songs from ABBA's mini-musical "The Girl With The Golden Hair". These songs are "Thank You for the Music", "I Wonder (Departure)" and "I'm a Marionette".
ABBA: The Album was first released on CD in 1984. The album has been reissued in digitally remastered form by PolyGram/Universal Music four times; first in 1997, then in 2001, in 2005 as part of The Complete Studio Recordings box set and again in 2007 as a two disc 'Deluxe Edition'.