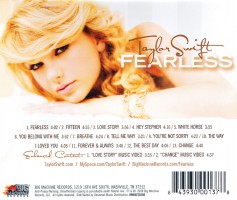 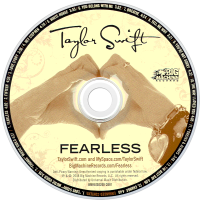 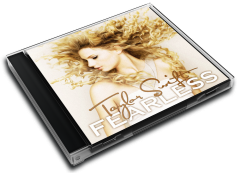 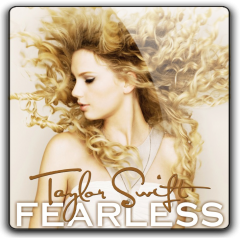 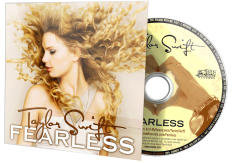 Fearless is the second studio album by American country singer-songwriter Taylor Swift. The album was released on November 11, 2008 by Big Machine Records. As with her debut, Swift wrote or co-wrote all thirteen tracks on Fearless. Most of the songs were written as the singer promoted Taylor Swift as opening act for numerous country artists. Because of the unavailability of collaborators on the road, Swift resulted in self-penning eight songs. Other songs were co-written with Liz Rose, Hillary Lindsey, Colbie Caillat, and John Rich. She also made her debut as a record producer, co-producing all songs on the album with Nathan Chapman. To promote the album, the singer embarked on her first headlining concert tour, the Fearless Tour, which expanded from April 2009 to June 2010.

Fearless was an international breakthrough in commercial success for Swift. In the United States, it topped the Billboard 200 for eleven non-consecutive weeks, thus setting various records, including becoming the longest chart-topper by a female country artist. With 3.2 million copies sold in 2009, the album became the year's best-seller, making Swift, 20 at the time, the youngest artist to have one. Furthermore, it became the only album to elapse a full year in the top ten of the Billboard 200. With 6.5 million copies sold, Fearless is the second biggest-selling album in the last five years. Elsewhere, Fearless was topped charts in Canada and New Zealand, and achieved multi-platinum status in six countries. In the Philippines, it was certified nine times platinum by the Philippine Association of the Record Industry (PARI), marking the album's highest certification. In all, Fearless has sold over 8.6 million copies worldwide as of March 2011.

Five singles spawned from Fearless. The lead single, "Love Story" is Swift's best-selling effort to date, selling over five million copies in the United States alone. It was an crossover hit that became one of the best-selling singles of all time internationally and was once the best-selling country song of all time. The succeeding single, "White Horse" was unable to match the success of "Love Story", but performed well in the US. "You Belong with Me" fared better internationally, becoming Swift's second best-selling single and her highest position on the US Billboard Hot 100, at number two. "Fifteen" and the title track followed; the latter became the first single certified gold by the Recording Industry Association of America (RIAA) prior to its release. The album was later re-released on October 26, 2009, as Fearless: Platinum Edition with six additional new songs, photos from the Fearless Tour and a bonus DVD featuring behind the scenes of some of her previous