Music for the Jilted Generation 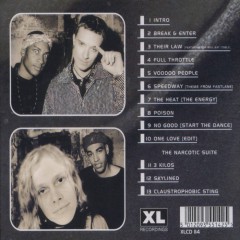 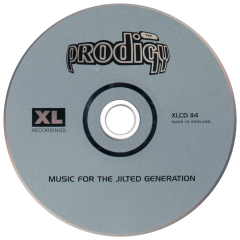 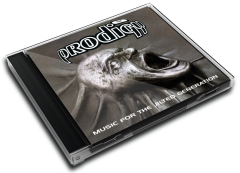 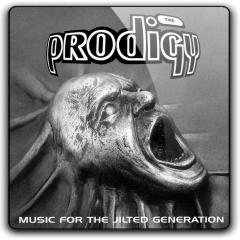 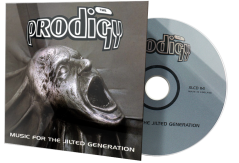 In 1993, Howlett released an anonymous white label, bearing only the title "Earthbound I". Its hypnotic, hard-edged sound won wide underground approval. It was officially released as "One Love" later that year, and went on to chart at number 8 in the UK. The following year, The Prodigy's second album, Music for the Jilted Generation, debuted in the UK Albums Chart at number one, and jettisoned into positive reactions from album critics. Adding elements of big beat and electro-industrial to the mix, the album expressed a wider spectrum of musical styles, with heavy breakbeat-based tracks complemented by the concept sequence The Narcotic Suite and a rock-oriented inclination, "Their Law", featuring Pop Will Eat Itself.

The album was nominated for a Mercury Music Prize, although Howlett had reaffirmed his dedication to making The Prodigy a 'hard dance band', commercially successful but without compromise. The band managed to continue to prevent over-exposure in the media by refusing to appear on Top of the Pops or other television shows in the UK. To date, their only studio appearance on British television came when they appeared on the BBC2 series Dance Energy in 1991, performing "Everybody in the Place". In the ensuing years, their videos received a strong level of support by MTV Europe, which boosted their popularity across the continent. Keith Flint himself hosted an episode of the MTV show 120 Minutes in 1995.

Following the international success of Music for the Jilted Generation, the band augmented their line-up with guitarist Jim Davies (a live band member who later joined the group Pitchshifter) in 1995 for tracks such as "Their Law", "Break and Enter 95", and various live-only interludes and versions. He was soon to be replaced by Gizz Butt of the band Janus Stark, who remained with the band for the next three years.

User Album Review
It was their chart-topping 1996 single, “Firestarter”, that first took up lighter and aerosol and burnt the name of The Prodigy ”“ and the piercing-covered gurn of Keith Flint ”“ onto the national consciousness. But if you want to mark the point this gang of Essex ravers first learnt to unite the chemical rush of acid house and the anti-authority attitude that had hitherto been the preserve of black-clad anarcho-punks like Crass and their ilk, not loved-up glowstick twirlers, look back a couple of years to their 1994 album Music For The Jilted Generation.
Recorded against the backdrop of the Criminal Justice Act, the ’94 legislation that effectively criminalised outdoor raving ”“ ‘How can the government stop young people from having a good time?’, reads a note on the inner sleeve ”“Music”¦ simmers with righteous, adrenalised anger, rave pianos and pounding hardcore breakbeats augmented by gnarly punk guitar, wailing sirens and on “Break And Enter”, the sound of shattering glass. At no point is this merely a band coasting on edgy vibes and bad attitude, though; rather, this is a record that saw Prodigy mainman Liam Howlett maturing as a producer, increasing his palette of sounds and instruments without diluting The Prodigy’s insolent rush, and simultaneously smash ’n’ grabbing from a diverse range of influences that would be neatly integrated into the band’s design.
On “Their Law”, a guesting Pop Will Eat Itself supply a vitriolic vocal aimed at the powers that be. The knuckle-scraping guitar riff from Nirvana’s “Very Ape” forms the scuzzy chassis to the flute-augmented ‘Voodoo People’. And “No Good (Start The Dance)”, with its Kelly Charles vocal hook, proves that despite The Prodigy’s punk snarl, their pop impulse remained intact.
Best track here, though, is the immortal call-and-response track “Poison”, marking MC Maxim Reality’s on the microphone. And in a surprising nod to the emerging phenomenon of the chill-out room, Howlett divides the album’s final three tracks off into “The Narcotic Suite”, a spacey, synthesiser-powered closing stretch that closes the album like a valium comedown. Anyone who called The Prodigy a one-trick pony clearly never heard this.