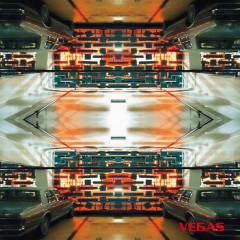 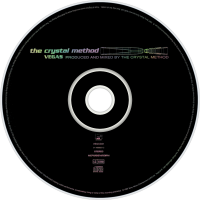 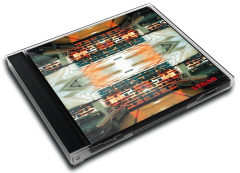 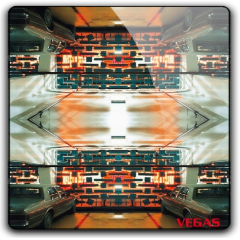 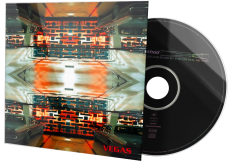 Vegas is the debut album by the electronic music duo The Crystal Method.
"Busy Child" features portions of "Juice (Know the Ledge)" by Eric B. & Rakim. "Trip Like I Do" uses samples from the Jim Henson film The Dark Crystal and the female vocals heard throughout the song were taken from an answering machine message that Scott Kirkland had received from a woman he met in a club. "Keep Hope Alive" contains elements from a speech by Jesse Jackson. "Bad Stone" features samples from two Bill Cosby stand-up routines, "Tonsils" and "Chicken Heart", which were both from his Wonderfulness album.

The Crystal Method celebrated their 10th Anniversary of its debut album Vegas by re-releasing it in a special deluxe version on September 18, 2007. The new version of Vegas is a remastered double disc featuring rare, live, and remixed tracks in addition to the original 10 song album material. Remixes for the deluxe edition come courtesy of Paul Oakenfold, MSTRKRFT, Hyper, Sta, Deadmau5, Koma & Bones, Tom Real vs. The Rogue Element and Myagi. Also included is the original 1993 version of the Vegas single "Comin' Back" with the video for the album version along with the video for "Busy Child." Preceding the deluxe edition's release, "Busy Child [Sta Remix]" was made available on iTunes as of August 28.