Da Game Is to Be Sold, Not to Be Told 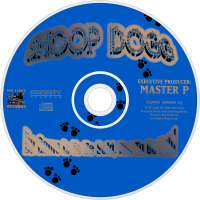 Da Game Is to Be Sold, Not to Be Told is the third studio album by American rapper Snoop Dogg; released by No Limit Records on August 4, 1998. It is his first album following his departure from Death Row Records. It was also his first album to be released under a slight name change to Snoop Dogg.