All That You Can't Leave Behind 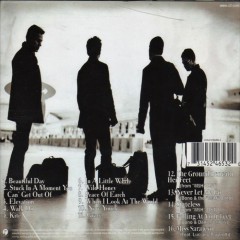 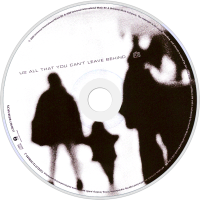 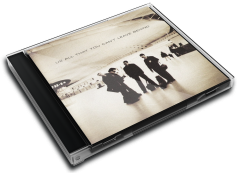 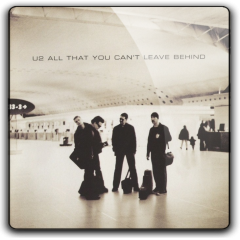 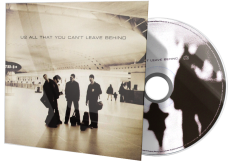 Throughout the 1990s, U2 experimented with alternative rock and electronic dance music, culminating with their 1997 album Pop and the accompanying PopMart Tour. Guitarist The Edge said that with Pop, the band had "taken the deconstruction of the rock 'n' roll band format to its absolute 'nth degree." However, following the poor reception to the album and tour, the band wished to return to song arrangements that consisted almost entirely of guitar, bass, and drums, and to quickly regroup in the studio after the tour. They reunited with producers Brian Eno and Daniel Lanois, who also produced their albums The Unforgettable Fire, The Joshua Tree and Achtung Baby.
Although the band wanted to develop material before they entered the recording studio, Eno convinced them to write material quickly in the studio. For three weeks in late 1998, U2, Eno, and Lanois recorded demos in Hanover Quay Studios. One of the few quality ideas that stemmed from these brief sessions was the song "Kite". Lead singer Bono's vocals inspired everyone in the studio, particularly after he had been suffering from vocal problems for the previous few years. U2 thought they would have a new record completed in time for 1999. After the band's brief demo sessions, The Edge worked alone on song ideas before the band reunited at Hanover Quays. They recorded with the mentality of a "band in a room playing together", an approach that led to the album's more stripped-down sound.
Bono's involvement in the Jubilee 2000 campaign prevented him from dedicating all of his time to the album's recording, something Eno thought was a distraction. There was also a two-month break in the sessions when Bono collaborated with Lanois and Hal Wilner on the Million Dollar Hotel film soundtrack. The band had thought they could complete the album for 1999, but the sessions ran long, with band members' conflicting schedules playing a large part in the delay. U2 did not want to put a deadline on completing the album after their experience with Pop, which had to be rushed to completion into order to meet the deadline set by their pre-booked PopMart Tour.
In the summer 1999, bassist Adam Clayton and drummer Larry Mullen, Jr. bought houses in the South of France, in order to be near Bono and The Edge's homes so they could have a place to both "work and play".
The band have said that All That You Can't Leave Behind was an album that acknowledged the band's past. For example, there was a big debate amongst the band members during the writing and recording of "Beautiful Day"; The Edge was playing with a guitar tone that he hadn't used much since their 1983 album War and the band wanted something more forward-looking. The Edge won out and the sound made it into the final studio version of the song. Additionally, although the record was described as "a return to the traditional U2 sound", many songs were complex and retained elements of the band's 1990s experimenting; "Beautiful Day" features an electronic drum beat, and the song's intro features an "electronification of the [chorus] chords with a beat box and a string part"; "New York" came together when the band members were away at a meeting and Lanois and Eno were playing around with a drum loop that drummer Larry Mullen, Jr. had recorded. The album's recording wrapped up in 2000.

User Album Review
Never was an album title more apt. Following the ironic reinvention of U2 in 1991 (with Achtung Baby), accompanied by tours that matched their widescreen music with eyeball-melting visuals, they'd again become a little adrift. All That You Can't Leave Behind sees them return, if not to basics, then to safe ground.
Three years previously, Pop had found the band grasping a little too desperately for the newest trends to ride. While they could ease dance tropes into their bag of tricks, the full-on electronica approach had alienated many fans. It was time to head back to guitar land.
Recruiting the old dream team of Brian Eno and Daniel Lanois, and working in their homeland, this became an album of more straightforward rockers and ballads that highlighted their skills as writers rather than as fashionable stylists. The tactic paid off. First single Beautiful Day was a heartfelt slice of optimism of the kind that the public had missed. As such it won them a Grammy.
You could almost hear the sighs of relief as U2 reclaimed their crown with 11 filler-less tracks. Stuck In A Moment You Can't Get Out Of is a beautiful tribute by Bono to his deceased friend Michael Hutchence. Elevation is another slice of adrenalin that marries studio wizadry to pure rock thrills. The list goes on. And so, thanks to this peerless display of rejuvenation, would U2.