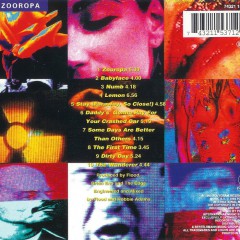 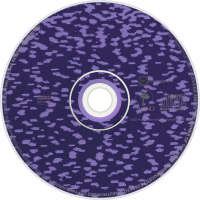 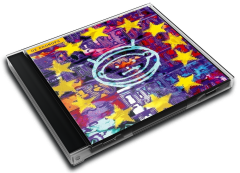 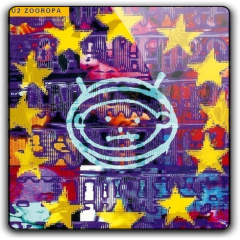 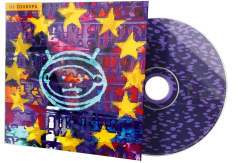 Zooropa is the eighth studio album by rock band U2. Produced by Flood, Brian Eno, and The Edge, it was released on 5 July 1993 on Island Records. Inspired by the band's experiences on the Zoo TV Tour, Zooropa expanded on many of the tour's themes of technology and media oversaturation. The record continued the group's experimentation with alternative rock, electronic dance music, and electronic sound effects that began with their previous album, Achtung Baby, in 1991.
U2 began writing and recording for Zooropa in Dublin in February 1993, during a six-month break between legs of the Zoo TV Tour. The record was originally intended as an EP to promote the "Zooropa" leg of the tour that was to begin in May 1993, but during the sessions, the group decided to extend the record to a full-length LP. Pressed for time, U2 wrote and recorded at a rapid pace, with songs originating from many sources. The album was not completed in time for the tour's resumption, forcing the band to travel between Dublin and their tour destinations in May to complete mixing and recording.
Zooropa received generally favourable reviews from critics. Despite none of its three singles-"Numb", "Lemon", and "Stay (Faraway, So Close!)"-being hits consistently across regions, the record sold well upon release and peaked at number one in multiple countries. The album's charting duration and lifetime sales of 7 million copies, however, were weaker than Achtung Baby. In 1994, Zooropa won a Grammy Award for Best Alternative Music Album. Although the record was a success and music journalists view the album as one of the group's most creative works, the band regard it with mixed feelings.

User Album Review
U2 was unassailable by the mid 90s ”“ they had married art and commerce in a glorious union. They had underlined the post-modernism of Achtung Baby with the Zoo TV Tour, which saw Bono ridiculing his band's vaunted position with enough sincerity as to not lose their audience, and in the process, gain a new one.
Zooropa took the restless flippancy of Achtung Baby and multiplied it. As every lumpen rock band seemed to latch on to glitter and quotation marks, U2 were still ahead of the pack, releasing this left-turn of a 'mini-album', produced by Flood, Brian Eno and the Edge. It was a European answer to Britpop and grunge, which almost perversely seemed to ditch any trademarks associated sonically with the band.
Using all of Eno's tricks and atmospherics, they took what was essentially some slight material, dressed it in filmic, artificial beauty and continued their march as the greatest band in the world. The title track emerges out of two minutes of atmospherics; and comes in two parts. Numb ”“ a collection of negative instructions ”“ is a critique on the relentless and disposable nature of popular culture.
A lot is down to the album's sound ”“ the synth and percussion clash at the start of Daddy's Gonna Pay For Your Crashed Car; the warmth of Adam Clayton's bass on Some Days Are Better Than Others. The ''man builds a city'' refrain in Lemon is Eno revisiting his choral work with Talking Heads on Remain In Light, using the voice as another instrument, to lustrous effect. It is only the final track, The Wanderer, sung by Johnny Cash, which reinstates the real and provides a link with the mythical heartlands of America they spent the latter half of the 80s searching for.
For something that was essentially an adjunct to its predecessor (and much was made about how quickly it was delivered) Zooropa still has a delightful hi-tech raggedness to it. It is a bit serious and a bit daft at the same time. Remarkably, once again, U2 had pulled it off.