A Different Kind of Fix

Track List
01) How Can You Swallow So Much Sleep 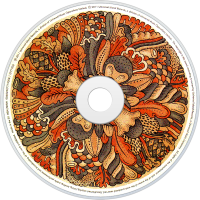 A Different Kind of Fix is the third studio album by British alternative rock band Bombay Bicycle Club, and was released on 26 August 2011 by Island Records.

Album Review
It’s okay if you’re a little irritating if you’re also annoyingly good. Bombay Bicycle Club, young and fey when they pedalled onto the scene four years ago and now looking even younger and acting even more feyly, may still not be embraced by those who feel the post-Belle and Sebastian school of anti-rock merits a good slap rather than a hug and an exclamation of "aw, bless", but it’s getting increasingly difficult to deny their talent.
Yes, they’ve been given more encouragement, nurturing and backing than most bands receive in a lifetime, but they’ve now released three albums of bravely different styles. Their debut was dynamic indie-pop, while top-10 follow-up Flaws lurched across to soft folk territory with a perversity that only seemed opportunistic with hindsight. Now, thankfully electing not to go the full Mumford, they return with something that’s beautifully hard to categorise. A bit Italian house, a bit Animal Collective (Ben Allen is among the producers, as is 21st century tyro Jim Abbiss), a bit Talking Heads and a lot flush with giddy enthusiasm and sunshine, it’s very indie and very fey ”“ but in a good way.
Lead single Shuffle provides pretty much a microcosm of the album’s feel. Building a gentle, hooky pop song over a looping, dance-inducing piano sample, it’s, like all the best late-summer sounds, 75% exuberant and 25% melancholy. What You Want and Bad Timing waft in on similar breezes, but with less definition, more ambivalence. Lights Out, Words Gone is as close as they come to the realms of the epic, fostering a stabby white-funk riff until it blows off science (they’re warmer than Foals) and stumbles happily onto something not a million miles away from soul.
Guitars are understated throughout, and singer/co-producer Jack Steadman’s penchant for making bedroom-electronica off duty has permeated these grooves without smothering them in ‘blub-’ or any other kind of ‘step’. Yes, the videos still display awkward, cringe-worthy naivety that could inspire the next The Inbetweeners movie, but this music is a mature mix of jaunty and jaundiced.