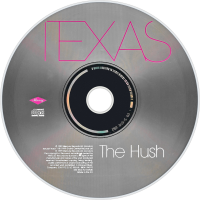 The Hush is the fifth album by the Scottish rock band Texas. Released in May 1999, the album debuted at number one in the United Kingdom and spent a total of 43 weeks on the UK Album Charts. It has been certified triple platinum by the British Phonographic Industry.