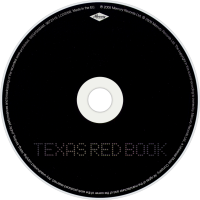 Red Book is the eighth album from Texas. It was released on 7 November 2005 and entered the UK Album Chart at #16. It is named after the little red book that singer Sharleen Spiteri used to write the album songs. Four tracks were co-written with Brian Higgins of Xenomania - Can't Resist, Cry, Get Down Tonight and Bad Weather.
The album was the group's last studio album before their hiatus which they embarked on after the Red Book tour. Lead singer Spiteri would go onto release her debut solo album, Melody in 2008 which would chart inside the UK Top 10 at #3. The album yelied two UK Top Ten singles, "Getaway" and "Sleep" and the UK Top 20 single, "Can't Resist".