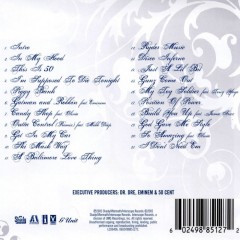 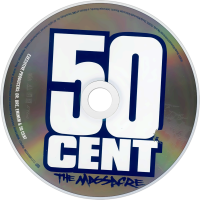 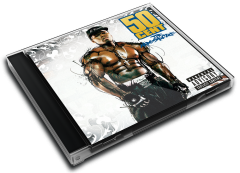 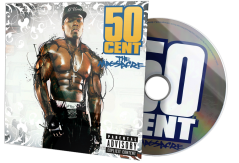 The Massacre is the second studio album by American rapper 50 Cent, released March 3, 2005 on Aftermath Entertainment and Interscope Records in the United States. Its initially planned release was pushed five days ahead to avoid Internet leakage. The album debuted at number one on the US Billboard 200 chart, selling over 1.14 million copies in its first week. Upon its release, The Massacre received generally positive reviews from most music critics. It was nominated for a Grammy Award for Best Rap Album, losing to Kanye West's Late Registration at the 48th Grammy Awards.
The Massacre has a music video for every track on the special edition version of the album. The original title for the album was St. Valentine's Day Massacre and was arranged to be released on February 14, 2005, but was postponed and the album's title was shortened to The Massacre. The album was also released in a "censored" version that censors out most profanity, violence, and all drug content. "Gunz Come Out" has inconsistency in the editing, and contains some profanity. This album wasn't as heavily censored as Get Rich or Die Tryin', but it is still a very highly censored album ranking in severity with albums such as Tony Yayo's Thoughts of a Predicate Felon and Nas' Stillmatic.

User Album Review
With the success of 2003's 'Get Rich Or Die Trying' being largely down to its protagonist getting shot nine times, you can see how promotion for the follow-up might have left Curtis '50 Cent' Jackson in a quandary.
So, possibly in an act of self-preservation, he's decided to make words his weapon and employed that standard rap machine hype tactic: The Beef. Unfortunately, 50 being 50, this has gotten out of hand. The man's beefs are so excessive they read longer than the average rap album's credits roll.
In the space of one track ("Piggy Bank") he's already snubbed ,Kelis, Nas, Fat Joe, Shyne and Jadakiss, while a well-documented (and well-timed) spat with The Game suggests even his friends arent safe. So it wasa surprise to precisely no one that The Massacres release (rushed, predictably, as 'the street can't wait') was marked by yet another shooting.
Given the resulting column inches, it's tempting to judge the whole exercise as the sequel to some kind of big budget no-brainer action movie - one starring Vin Diesel. From the cartoonish cover onwards, which buffs 50 up to superhero proportions, it's pretty obviously that the brand ('White Americas worst nightmare®') and not the content thats being sold to us.
But, in case we forget, there is a CD in here, too, and unfortunately this is something even 50 can't hide from.
Interestingly, this time around, Dre has taken a back seat and left production duties to a string of mercenaries. Perhaps he was embarrassed. Certainly, there's nothing as thrillingly awesome as "In Da Club", although "Candy Shop" makes a decent stab of impersonating it.
All told, The Massacre is pretty predictable stuff. Lyrically unimaginative, 50 raps like a machine. Musically, it's competent at best. Picture 78 minutes of G-funk, big repetitive loops and big dramatic strings all stitched together with the recurrent sound of gunfire.
As a marketing exercise it's genius -50 knows what his audience wants and he delivers it in spades. He's on his way to becoming raps own Mike Tyson. But much more of this and his career is liable to end up the same way.