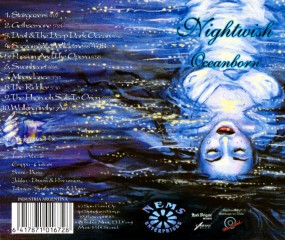 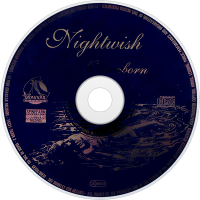 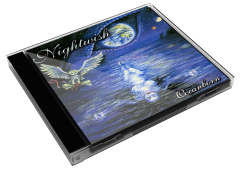 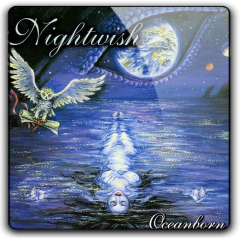 Oceanborn is the second album of Finnish symphonic metal band Nightwish, released in December 1998 in Finland and in the Spring of 1999 worldwide. Oceanborn has sold more than 68,000 copies in Finland.
The single "Sleeping Sun" was released in August 1999 and the song has been included in every re-issue of the album since then. The album was released in the US by Century Media in March 2001.

This album marked a definitive change in musical scope for Nightwish from their folk-laden roots in Angels Fall First, showcasing a more bombastic, power metal-oriented sound with faster tempos, harmonic guitar/keyboard leads, and plenty of double-bass-heavy drumwork. Oceanborn's sound hearkens a more dramatic approach in the overall musical scope, mostly relegated to the symphonic keyboard work and lead singer Tarja Turunen's vocals. Most of the album is fantasy-themed, with tracks like "Swanheart" and "Walking in the Air", a cover from the animated TV special The Snowman, as typical examples; however, the song "Gethsemane", has a more religious feel to it. In addition, there are also some theatrical tracks like "Devil & the Deep Dark Ocean". Oceanborn is among their darkest albums, making use of the harsh vocals of Tapio Wilska in the songs "The Pharaoh Sails to Orion" and "Devil & the Deep Dark Ocean".