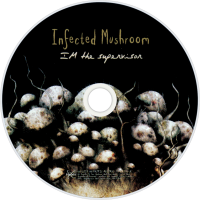 IM the Supervisor is the fifth studio album by Israeli psychedelic trance duo Infected Mushroom. Released by BNE in 2004, it contains ten tracks, including their song "Cities of the Future".

In a 2004 interview, the band explained that the lyrics to "IM the Supervisor" are based on the band's attempts to call the reception desk in a German hotel for a taxi and Amit arguing with the receptionist in English. There was some sort of language barrier and she apparently could not understand his question "Can I get a taxi number?" At a certain point a frustrated Amit asked for the supervisor. The response was, "I'M the supervisor!!"

The art on this album was done by horror artist David Ho, who also does art for Oforia.