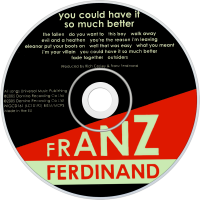 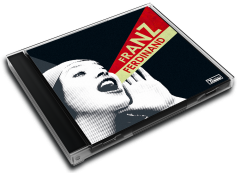 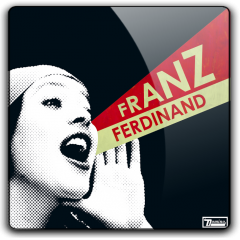 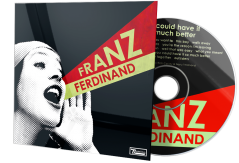 You Could Have It So Much Better is the second studio album by Glaswegian indie rock band Franz Ferdinand that was first released 3 October 2005 in the United Kingdom. Recorded in both the United States and their own studio in Glasgow with producer Rich Costey, the album gave birth to the release of four UK Top 30 singles "Do You Want To" on 23 August 2005, "The Fallen / L. Wells", "Walk Away" and "Eleanor Put Your Boots On." The album became the band's first UK #1 album and although their debut album was relatively successful in the USA, going platinum and reaching #32, You Could Have It So Much Better managed to reach #8 and earned gold status in the States. The cover design is modeled on Alexander Rodchenko's 1924 portrait of Lilya Brik. It was produced by Rick Costey and Franz Ferdinand.Post-punk revival

Album Review
Franz Ferdinand's Mercury-winning debut probably graced just as many coffee-tables as indie sound-systems in 2004, thanks to the universal hype. But thankfully You Could Have It So Much Better isn't simply a re-tread of their debut. It's a more dynamic and more rewarding listen that sees band leaning less heavily on their gaunt 'n' groovy rhythm section. In fact, on "Eleanor Put Your Boots On" and"Fade Together", the bass and drums resign entirely, making way for two wistful piano ballads.
Alex Kapranos' observations are more playful here than before, but his delivery remains as sharp as ever. "Who gives a damn about the profits at Tesco?" he asks on ballsy opener, "The Fallen". He's clearly revelling in new his role as today's Jarvis Cocker. Heck, the "laa-la-la-la-la-laa" refrain in "Well That Was Easy" is nabbed directly from Pulp's "Monday Morning".
Had they stuck to their infamous 'music to make girls dance' ethos here, the Franz formula would have worn thin very quickly. Instead, it's been fleshed out. There is more to life than punk-funk after all.