04) The Dark of the Matinée 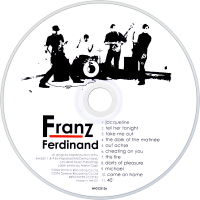 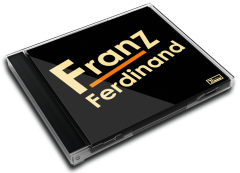 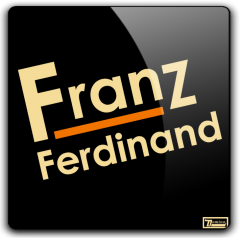 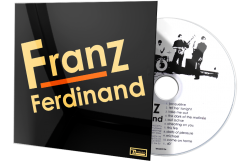 Franz Ferdinand is the debut album by Scottish indie rock band Franz Ferdinand, released in early 2004. It entered the United Kingdom album charts at number three in February 2004 and contains three UK top ten singles: "Take Me Out", "This Fire" (on the download chart) and "The Dark of the Matinée" (often referred to simply as "Matinée"). Franz Ferdinand won the 2004 Mercury Music Prize. The album has since sold over 3.6 million copies worldwide , with at least 1.27 million copies from the United Kingdom and at least 1 million copies from the US (corresponding to 1x Platinum) .

This album has been released with the Copy Control protection system in some regions.

Album Review
If you believe what you read, Franz Ferdinand are Glasgow's answer to The Strokes. Only they don't really sound like The Strokes. Or look like them. Or have much in common with them at all. It's all a bit confusing, really. Surely this, their eponymous debut album, can't live up to comparisons with Is This It? Or can it?
Well...yes, frankly. Glasgow's next big things have come up with a cracking debut, taking elements from all over the place. Funky guitar playing that would make Nile Rodgers proud; wonderful harmonised vocals; a simple-but-effective drum sound; sexy, throbbing basslines; and a keyboard sound so cheesy that you could bait a mousetrap with it. And it works. I'm not much of a dancer, but this album makes me want to get up and do a little jig - all hips, elbows and twitchy head movements. A Jarvis Cocker impersonation, if you like...
There's not a bad track on the album, so trying to pick standout tracks is more or less arbitrary. My current favourites are "The Dark Of The Matinee" for its strange tale of art-school passion, and the fact that it name-checks Terry Wogan (!). And "Come on Home" because it's got great lyrics and a wonderfully lame keyboard sound. (An hour ago my favourites were "Michael" and "Tell Her Tonight" - give me another hour and I'll have changed my mind again, I'm sure...)
At only 38 minutes long Franz Ferdinand may not be a particularly long album, but it is a masterpiece of funky, punky, suave cool from the first track to the last. Alex Kapranos and co. have got the formula just right. A pinch of this and a smattering of that from here, there and everywhere. "Come on Home" and "Auf Acshe" could be distantly related to Blondie's "Atomic" while "Tell Her Tonight" sounds a bit like "Boogie Nights" (in a good way). The whole album sounds sort of familiar. Despite this, it's always unmistakably Franz Ferdinand. But that's usually the way with great albums isn't it?