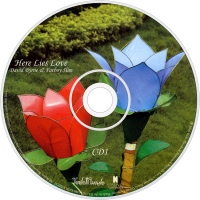 Here Lies Love is a concept album and rock musical made in collaboration between David Byrne and Fatboy Slim, about the life of the former First Lady of the Philippines Imelda Marcos along with the woman who raised her—Estrella Cumpas—and follows Marcos until she and her family were forced to leave the Philippines. The album features 22 guest vocalists and was released on 6 April 2010, under Nonesuch Records and Todomundo in several formats, including a deluxe double-Compact Disc set with a DVD of music videos from the album and a 120-page book. The album was adapted as a rock musical that premiered in 2013 at The Public Theater.