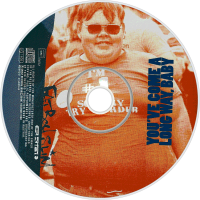 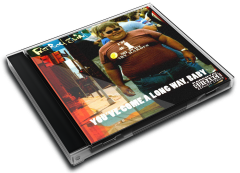 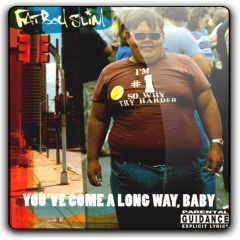 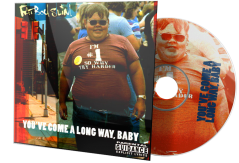 Album Review
Twelve years on from the release of this second album, some things have inevitably changed. A lifetime away from hard-partying origins, Norman Cook’s raised two kids, celebrated a celebrity marriage, reconciled a celebrity marriage, hit the bottle, beat the bottle and, when he had the time, released heady collections of genre-defining anthems. At times, Cook’s life has played out replete with typical DJ clichés. But his place in the dance music annals as Fatboy Slim has long been confirmed.
You’ve Come a Long Way, Baby set the quintessential tone for Fatboy’s future; an album rich with the booming, easy-on-the-ear potential that would soundtrack dancefloors for over a decade. Packing in rave reminiscences, loops, breaks and an endless array of choice samples, the formula wasn’t a complicated one, but it was one used to superlative effect.

Take the rabid commercial success of The Rockafeller Skank, the uplifting gospel-tinged Praise You and the explosive Gangster Trippin’ (each ably supported by memorable videos), and the Fatboy blueprint is clear. And the holy trinity can be seen as the catalyst for a career of stellar success. By hook (and it was often an incessantly catchy one) or design, this was also an album that lit the torch paper for Cook’s biggest criticism: that he was merely a musical magpie, pilfering the shiniest, choice cuts to make his own creations glisten.
Attempts to relegate Cook to a petty music thief was always a disrespectful low blow, and one that looked to undermine, instead of celebrate, a penchant for recycling and absorbing a glut of disparate styles under the inimitable (at the time) Fatboy banner. But with the benefit of retrospect, it’s clear You’ve Come a Long Way, Baby wasn’t an album in the collective sense, more of a sparkling showcase; a flattering production line of instant, accessible songs that delivered almost every time.

It’s easy to overlook the hedonistic energy of Love Island; the expletive-ridden simplicity of F***ing in Heaven – which delighted a generation of potty-mouthed teenagers – and the bristling, adrenalin drip of Right Here, Right Now, simply because there was always the potential and intent for each track to usurp what preceded.
Undeniably this is an album that’s aged, but it reflects the buoyant excitement of pre-millennial times. Whether it’s held up as a contemporary guilty pleasure or an increasingly fond classic, or whatever the context, You’ve Come a Long Way, Baby has never failed to immediately delight.