Track List
01) Don't Let the Man Get You Down 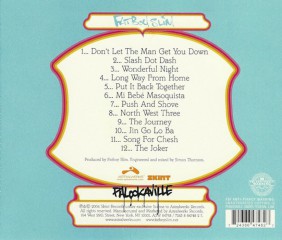 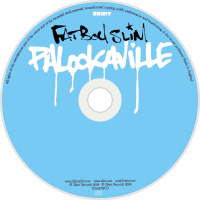 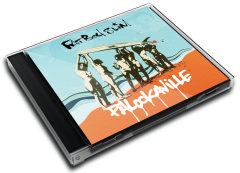 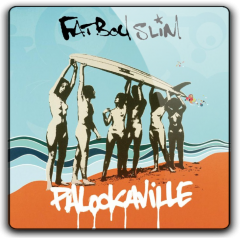 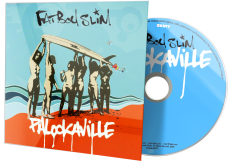 Palookaville is the fourth studio album by English big beat musician Fatboy Slim, released on 4 October 2004. It was also a temporary name of Brighton and Hove Albion F.C.'s Withdean Stadium, due to their sponsorship deal with Skint Records.

User Album Review
As befits one who dropped his real name of Quentin to play bass for The Housemartins, Norman Cook has proved himself a man of many faces. From Beats International to Freak Power, Pizzaman and, most successfully, Fatboy Slim, he has been the masked prince of dance for well over a decade.
But while an alias is great for getting the party started, for displaying any other kind of emotion it's a definite weakness.
And for Fatboy's fourth album this is a real problem. Despite wanting to spill some blood on the tracks following his well-publicised annus horribilis (at least three tracks here relate directly to the temporary split with his wife, Zoë Ball) Cook just can't help reverting to bouncy happy smiley type.
It's like he wants to grow up and say something, but just can't resist donning the Fatboy suit and chucking a custard pie or two. As a consequence we get all the clown, but none of the tears.
That's not saying Palookaville is a particularly bad album, rather that it's stuck in a big beat rut circa 1997. Despite appearances from vocalists such as Damon Albarn, Bootsy Collins and Lateef there's little here we haven 't heard before.
The single "Slash Dot Dash" is a case in point. Essentially a facsimile of what Cook's been doing since New Labour came to power, even the subject matter - that new-fangled Internet thingy - seems hopelessly dated. The sound of an Attention Deficit Hyperactivity Disorder-afflicted toddler hunting for his Ritalin.
While The Avalanches raised the sampling bar about four years ago, Cook can't escape his stock formula of stitching catchy choruses to cartoon beats. Even past glories like "Praise You" and "The Rockafellar Skank" - certainly after you've heard the original source material from Camille Yarborough and the Just Brothers - now appear more like wholesale theft than innovation.
Much better are the attempts at writing 'proper songs' such as "Put It Back Together" and "Push and Shove". The former has Damon Albarn using his frailest Ray Davies impression to great effect while the latter has DJ Justin Robertson sounding unerringly like Roddy Frame. Here, Cook's undoubted genius for melody is welded to something more meaningful than a gurning grin.
By contrast, you can't believe the likes of "Mi Bebé Masoquista", "Jin GoLa" or "Song For Chesh" took more than ten minutes to construct.
The overall feeling is of a DJ playing to his gallery. And while this is probably fine for the clubs, as far as his albums go you're left wishing that the real Norman Cook would stand up.