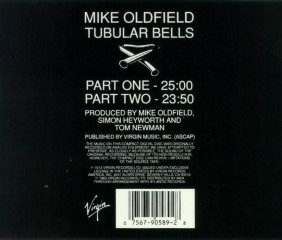 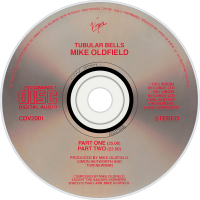 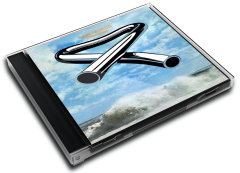 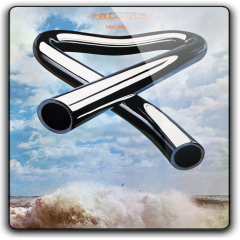 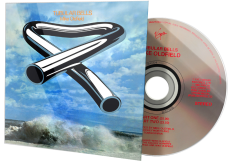 Tubular Bells is the debut record album of English musician Mike Oldfield, released in 1973. It was the first album released by Virgin Records and an early cornerstone of the company's success. Vivian Stanshall provided the voice of the "Master of Ceremonies" who reads off the list of instruments at the end of the first movement. The opening piano solo was used as a soundtrack to the blockbuster William Friedkin film The Exorcist (released the same year) and gained considerable airplay because of this.
The piece was later orchestrated by David Bedford for The Orchestral Tubular Bells version and it had three sequels in the 1990s, Tubular Bells II (1992), Tubular Bells III (1998) and The Millennium Bell (1999). Finally, the album was fully re-recorded as Tubular Bells 2003 at its 30th anniversary in 2003. A newly mastered and mixed re-issue of the original album appeared in June 2009 on Mercury Records, with bonus material. On 6 June there were international bell-ringing ceremonies to promote the release.

User Album Review
The opening sequence of Tubular Bells is most widely known as The Exorcist's foreboding theme, but many of this album's freakiest moments come much later. Recorded by 19-year-old English prodigy Mike Oldfield, two 20-minute-plus sections play out variations on almost every theme that could form in the head of a young LSD voyager. "We wouldn't have all those beautiful tracks like 'Lucy in the Sky With Diamonds,' and we probably wouldn't have Tubular Bells — a lot of things, really — without drugs," Oldfield later told The Guardian. The first half employs ambient soundscapes, guitar riffage and a section where "master of ceremonies" Vivian Stanshall mock-pretentiously introduces an array of instruments — "glockenspiel!" and "two slightly. . .distorted guitars" — à la the Bonzo Dog Band. In part two, Oldfield totally loses his shit, as phlegmy, drunken grunts and howls over otherwise upbeat symphonic rock leads into "The Sailor's Hornpipe," better known as the seafaring song popularly used in Popeye cartoons. R.F.

zag says: 4 years ago
One of the all time classic albums