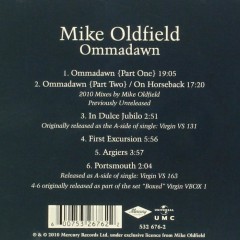 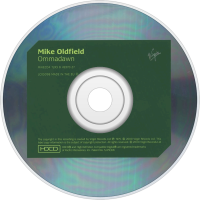 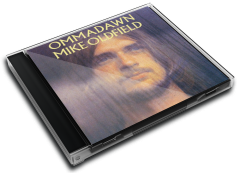 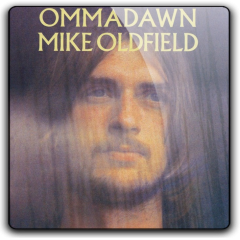 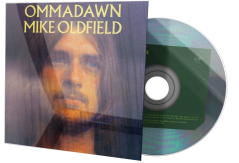 Ommadawn is the third studio album by English musician, multi-instrumentalist and songwriter Mike Oldfield, released on 25 October 1975 on Virgin Records.

Ommadawn peaked at No. 4 on the UK Albums Chart and No. 146 on the US Billboard 200. The song that concludes "Ommadawn (Part Two)", entitled "On Horseback", was released as a single in November 1975 with Oldfield's non-album track "In Dulci Jubilo". The album reached gold certification by the British Phonographic Industry within two months, signifying 100,000 copies sold. In 2010, Mercury Records issued a remastered edition containing new stereo and 5.1 surround sound mixes by Oldfield and extra material. Oldfield had wanted to make Amarok (1990) a sequel album to Ommadawn, but the idea was not realised until he released Return to Ommadawn (2017).

Background and recording
By the end of 1974, Oldfield had been propelled to worldwide fame due to the unexpected critical and commercial success of his debut studio album, Tubular Bells (1973). He followed it with Hergest Ridge (1974), which generated a more negative critical reaction in comparison, which disappointed him but led to a creative period as he vowed to deliver a follow-up that was "worthwhile and successful", proving he was not a one-hit wonder with the success of Tubular Bells. When Oldfield started to work on new music for Ommadawn, he wanted to avoid professional studios and persuaded his label, Virgin Records, to install a 24-track studio at The Beacon, his home in Kington, Herefordshire. Oldfield recorded Ommadawn at The Beacon between January and September 1975; the African drums were recorded at The Manor in Shipton-on-Cherwell, Oxfordshire, where Oldfield had recorded Tubular Bells and Hergest Ridge. The Manor was chosen as there was insufficient space at The Beacon to accommodate the instruments and equipment. Oldfield is credited as the album's sole producer and engineer.

Shortly after Oldfield started to record, his mother died. He later recalled that working on his new music provided the only source of comfort for him at the time. He faced further problems several months in when he had almost finished recording side one, when the recording tape started to shed its oxide layer, causing irreparable damage. Virgin delivered a machine so that copies of the master tape could be made and Oldfield could carry on working, but the same problem occurred on the new tape. This left Oldfield no choice but to start again using a new brand of tape. He believed that the many overdubs he had put down on the track had worn it out. Oldfield felt depressed to start over at first, but he then noticed that "something clicked inside of me" and realised that his previous takes had become good practice for the final ones. "All the musical pieces fell into place and the results sounded marvellous." The original version of side one was released on the 2010 remaster as "Ommadawn (Lost Version)". Excerpts from the scrapped version were previously used in Oldfield's interview on Tony Palmer's documentary series All You Need is Love and the 1977 film Reflection.

The cover photograph was taken by David Bailey. The album's title came about at the end of its production. Oldfield spotted a collection of words that Irish musician Clodagh Simonds had made up, one of them being ommadawn, and decided to use it. Oldfield rejected a claim that the title comes from the Gaelic word amadan or omadhaun, meaning "fool".

Music
As with Oldfield's first two albums, Ommadawn is a single same-titled composition divided into Part One and Part Two, each designated to a single side of the LP. "Ommadawn (Part One)" has a length of 19:23 and "Ommadawn (Part Two)" runs for 17:17. The latter ends with a song entitled "On Horseback", written by Oldfield and lyrics by Oldfield and William Murray and, while it was banded separately on vinyl from "Ommadawn (Part Two)", it was only referred to as "the horse song" in the liner notes, only properly credited by name on it accompanying single and on remastered copies of the album released from the 2010s onward. The song relates to Oldfield, Murray, and Leslie Penning's time riding ponies around Hergest Ridge.

Most of the instruments that Oldfield played on the album are shown in a photograph featured on his compilation set Boxed (1976).

User Album Review
Although it features the beautiful recorder of Leslie Penny and the Chieftains' Paddy Maloney playing the uilean pipe, Ommadawn didn't gain Mike Oldfield the success he was looking for. The album was released in the same year as the David Bedford-arranged Orchestral Tubular Bells and nine months after Oldfield picked up a Grammy award for the original Tubular Bells album. The most pleasing attribute of Ommadawn is its incorporation of both African and Irish music in its symphonic rock & roll mainframe. Boosted by a hearty amount of different horns, piano, cello, trumpet, and synthesizer, the album has its moments of rising action, but the whole of Ommadawn fails to keep its lovely segments around long enough, and there are some rather lengthy instances that include bland runs of unvaried music. Another plus is Oldfield's use of a choir, giving the album a soft, humanistic feel when contrasted against the keyboards or synthesizer. While it does include flashes of Mike Oldfield's brilliance, the entire album may seem a little anticlimactic when compared to some of his other releases.