The Head on the Door 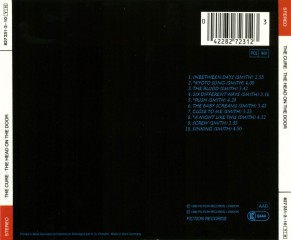 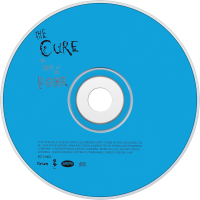 The Head on the Door is the sixth studio album by British band The Cure, released in 1985. The album is the first to feature drummer Boris Williams, it also features the return of Simon Gallup and is Porl Thompson's first album as an official member.
This album follows the return of Simon Gallup and the official re-induction of Porl Thompson as a band member (he made a small contribution to The Top, but wasn't an official band member until the album's tour). This is also the first Cure album with drummer Boris Williams, who had previously worked with Thompson Twins. Special guest Ron Howe from Fools Dance plays a saxophone solo on the track "A Night Like This."
The Head on the Door was the real first big international success for the band, entering notably the Top 75 in the US and reaching the Top 20 in numerous other countries. This album is certified Gold in US, UK and France.
On the 2007/08 4Tour The Cure played "In Between Days," "Kyoto Song," "The Blood," "Push," "The Baby Screams," "Close to Me," and "A Night Like This" at various concerts.
"Sinking" was last played as part of the 2004 North American Curiosa Tour.
"Six Different Ways," and "Screw" have not been played since the 1985/86 Head Tour.
"A Night Like This" was covered by The Smashing Pumpkins and released on their 1995 "Bullet with Butterfly Wings" single.