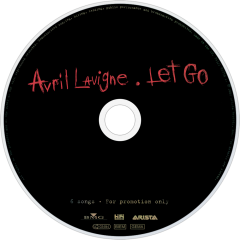 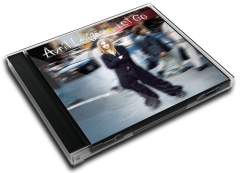 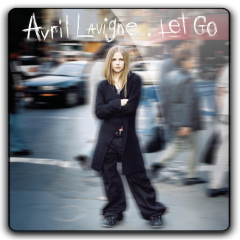 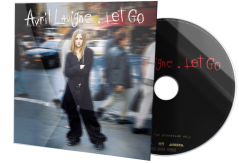 User Album Review
Musical snobs over the age of 21 are likely to be highly suspicious of Avril Lavigne. She's only 17, she's pretty, she's sold a zillion albums already, she talks a lot about keeping it real: she must be rubbish, right?
Wrong. Avril's current single 'Sk8ter Boi' is brilliant. It's a classic high energy pop song with crunchy guitars and a great hook. Its tale of a snobby girl who rejects the loser who becomes a grunge superstar while she turns into a single mum is as slick and clever as an episode of Buffy. It bowls you over with its energy and sticks in your mind.
It's one of the best tracks on this uneven debut album. 'Losing Grip', the opening track, is another absolute cracker. When the guitar and the scratching cuts in at maximum volume and Avril starts wailing about some boy who did her wrong, I'm with her all the way: it seems real enough, exciting enough to me. And in the quiet bits her voice has the purity of a folk singer.
'Complicated' you already know about: a classic radio friendly pop song that lodges in your head. And 'I'm With You' is a sweet and rather touching power ballad, and must be the next single.
But about half the album plays far too safe: not enough raw guitar, too many weak songs. Every one needs to be a potential single and some aren't. 'My World' contains some horrible rapping that even an eleven year old would find embarrassing. Lyrics like "Sometimes I get so weird I even freak myself out" are pretty naïve.
But these are the mistakes of someone still learning. I'd take 'Losing Grip' over the supposedly more adult but actually more self indulgent angst rock of Tori Amos or Alanis Morrissette. There's nothing better than anger combined with a great pop hook. More quality control, more grit and Avril will build her current success into a long, bright future.