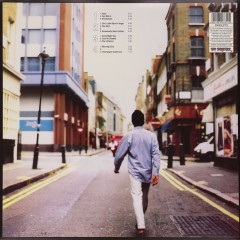 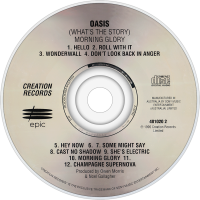 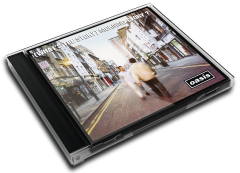 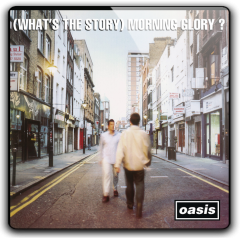 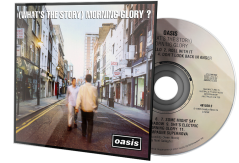 (What's the Story) Morning Glory? is the second studio album by the English rock band Oasis, released on 2 October 1995 on Creation Records. It was produced by Owen Morris and the group's guitarist Noel Gallagher. The structure and arrangement style of the album were a significant departure from the group's previous record Definitely Maybe. Noel Gallagher's compositions were more focused in balladry and placed more emphasis on "huge" choruses, with the string arrangements and more varied instrumentation on the record contrasting with from the rawness of the group's debut album. Music journalist John Harris also noted the strong presence of the band's musical influences throughout the songs on the album. Among the influences that Harris noted were Gary Glitter, Stevie Wonder and most prominently, The Beatles.

The record propelled Oasis from being a crossover indie act to a worldwide rock phenomenon, and according to music critics, it was a significant record in the timeline of British indie music. The band's most commercially successful release, (What's the Story) Morning Glory? sold a record-breaking 347,000 copies in its first week on sale, spent 10 weeks at number one on the UK Albums Chart, and reached number four in the US Billboard 200. Singles from the album were successful in Britain, America and Australia: "Some Might Say" and "Don't Look Back in Anger" reached number one in the UK; "Champagne Supernova" and "Wonderwall" reached number one on the US Modern Rock Tracks chart; and "Wonderwall" topped the Australian and New Zealand singles charts.
Although a commercial smash, the record received lukewarm reviews from mainstream music critics, with many contemporary reviewers deeming it inferior to Definitely Maybe. In the ensuing years, however, critical consensus towards the album generally turned, and it is now considered by many to be a seminal record of the Britpop era. The band did an extensive world tour in support of the album over several months in 1995 and 1996. The most notable of the band's concerts were two performances at Knebworth House in August to a combined crowd of 250,000 people. The album was honored as the Best British Album at the 1996 Brit Awards. It has sold approximately 16 million copies worldwide, although several sources estimate that it has sold in excess of 20 million. It won the award for the best British Album of the last 30 Years at the 2010 Brit Awards, and appears on several lists as one of the greatest albums of all time.

User Album Review
Out of the fist-fights and fall out that constituted at least part of the recording of this album, Oasis came out of it with a set of songs that stand-up as their finest to date. As Beatles tribute acts go they’ve probably done more than most to educate a younger class of music fan about the virtues and talents of the Fab Four.
Whilst accepting that they’re heavily indebted to the late-period Fabsters, Noel Gallagher and company bring a lusty aggression to their music that Lennon would only really find briefly in the early stages of his solo career, and that Paul McCartney is probably still looking for. Their confidence, some might say arrogance, is stamped over every last inch of the record. Each track is possessed with an unshakeable belief that anything is possible, that everything is reach.
The flagrant swagger of the record is an essential part of its appeal; fans knew they’d be alright in this lot’s company, and droves of them wanted to be in the gang. Sales were astronomical with two singles, “Some Might Say” and “Don’t Look Back In Anger” hitting number one, whilst “Wonderwall” and “Roll With It” fell in just behind that. Though there’s nothing flash about the music or the ambit of its lyrical content, its solid construction provides it with a dependable familiarity.
The album went up against Blur’s The Great Escape in the Brit-pop battles – a hyped-up turf war that sprung from Oasis’ genuine enmity for what they saw as the la-de-da pretension. As much about the post-Thatcher North/South divide as a punch-up between affectation and authenticity, at least with Oasis what you saw was what you got – they did exactly what they said they’d do on the tin. Now over ten years old “Roll With It” still sounds fresh, as does the title track, whilst “Wonderwall” has lost none of its status as an eternal, yearning anthem.
There’s a fine line between self-assurance and over-confidence but given the size of the egos and volatile emotions involved in its making, remarkably Morning Glory gets it right every time.

zag says: 11 months ago
One of the great albums of its generation, if not all time. Hit after hit of tunes.