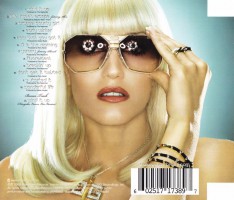 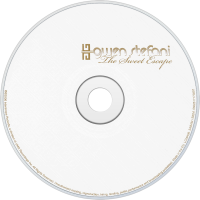 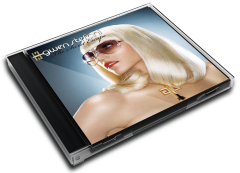 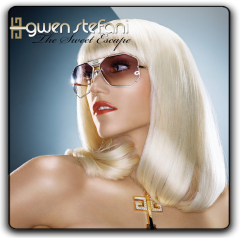 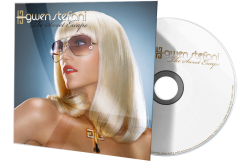 The Sweet Escape is the second solo studio album by American recording artist Gwen Stefani, released on December 1, 2006 by Interscope Records. Having originally intended to return to No Doubt after her 2004 solo album Love. Angel. Music. Baby., Stefani decided to record a second album as a way to release some of the material left over from the L.A.M.B. writing sessions. The album musically resembles its predecessor while exploring more modern pop sounds. It was released to generally mixed reviews from contemporary music critics, receiving criticism for its strong similarities to L.A.M.B.
It was preceded by the lead single "Wind It Up", which charted moderately across the world, and produced the follow-up single "The Sweet Escape", which proved more successful worldwide. The Sweet Escape reached the top five in the US, Canada, and Australia and peaked inside the top twenty in the United Kingdom. The Sweet Escape Tour, started in April 2007, covered North America, Central America, Australia, Asia, and Europe.

User Album Review
Everyone’s favourite hollaback girl is back! Gwen’s second solo album, Sweet Escape opens with “Wind it Up”, sampling the Sound of Music’s “Lonely Goat Herd”, singing about being a girl, and exactly why boys adore them. Suddenly you realise you’ve missed having Ms Stefani in your life.

A mistress of the synthetic sound, with lyrics that allude to smart girlie conversations over a cuppa, Gwen’s taken all the big hitters, ranging from Nellee Hooper to Keane’s Tim Rice-Oakley to contribute. She’s mixed them all up, soaking up trends that ensure she’s played in all the gyms and Topshops nationwide, but she’s not letting anyone take over. She’s big enough for all of them.

Topics span apologising for being grumpy (“The Sweet Escape”) men who lie, making her cry (the Cardigans-esque “Early Winter”), and being an unremarkable small town girl, a la J Lo (“Orange County girl”). As with her first album there are a few bland fillers, and she seems to lose her way a bit with “Breakin’ up”, a track about frustrating mobile conversations, but there’s enough trademark majorette drumming to carry the album off. “Yummy” sums her up, coquettish, amusing, annoying and hip wiggling in equal measure. All this and a new baby. Not bad.