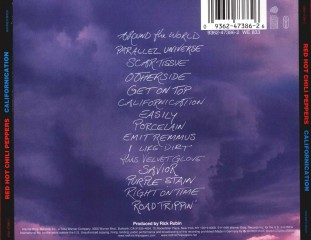 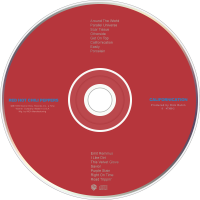 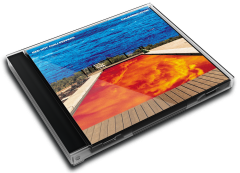 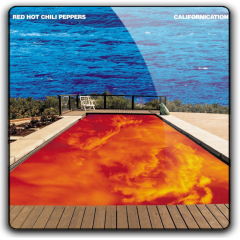 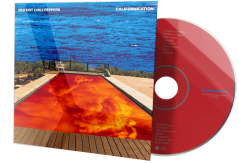 Californication is the seventh studio album by American rock band Red Hot Chili Peppers. It was released on June 8, 1999, on Warner Bros. Records and was produced by Rick Rubin. Californication marked the return of John Frusciante, who had previously appeared on Mother's Milk and Blood Sugar Sex Magik, to replace Dave Navarro as the band's guitarist. Frusciante's return was credited with changing the band's sound altogether, producing a notable shift in style from the music recorded with Navarro. The album's subject material incorporated various sexual innuendos commonly associated with the band, but also contained more varied themes than previous outings, including lust, death, contemplations of suicide, California, drugs, globalization, and travel.

Californication is the Chili Peppers' most commercially successful studio release, with over 16 million copies sold worldwide,and more than 5 million in the United States alone.As of 2002, the album had sold over 4 million copies in Europe.The record produced several hits for the band, including "Otherside", "Californication" and the Grammy Award-winning "Scar Tissue". Californication peaked at number three on the U.S. Billboard 200. The record marked a significant change in style for the band: Rolling Stone's Greg Tate noted that "while all previous Chili Peppers projects have been highly spirited, Californication dares to be spiritual and epiphanic".


Everyone's favourite sock wearing funk rockers had, by 1998, been through the mill. Drugs, death, divorce, heartache and some dodgy acting jobs do not a happy bunch of Californians make. It was bassist Flea's visit to former guitarist John Frusciante, asking him to re-join the band which saved the day (in place of Dave Navarro who, himself, had exited stage left pursued by his own chemical demons). At first befuddled by reativity without the aid of stimulants, Frusciante in sessions at home started melding with his old bandmates and Californication- the band's most succesful album - was born.

On the surface filled with the usual punk funk, the band had now matured enough to make it sound more convincing. Keidis' voice, ravaged by age and excess, now emerged as a mighty instrument, while Frusciante's guitar held far more subtle nuance.

The album yielded four hit singles (Around the World, Otherside, Californication and the Grammy Award”“winning Scar Tissue) but even more interesting waas the way the band let more than just fun and frolics into the mix. Frusciante on Get On Top even fused Public Enemy with prog rock, admittting that his unsdersatated solo had been influenced by Steve Howe of Yes.

Overall the album has a far more meditative feel, allowing you to finally believe that they'd come to do more than just party your town dry. It was the album that confirmned them as world class. They remain such today, and it's all down to this re-birth.