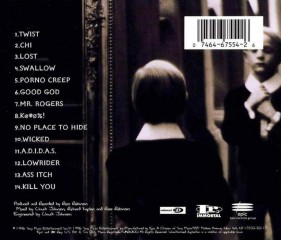 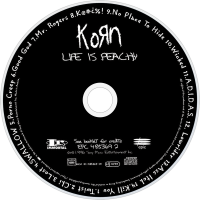 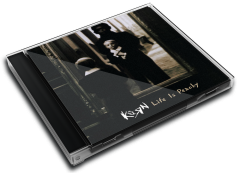 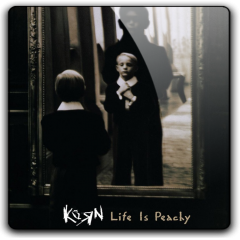 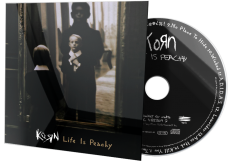 Life Is Peachy is the second studio album by the American rock band Korn, released on October 15, 1996 through Immortal/Epic Records. Following the success of their 1994 self-titled debut, Korn earned a second double platinum album in the United States, certified by the Recording Industry Association of America (RIAA). The album debuted and peaked at number three on the Billboard 200 and peaked at number one in New Zealand.

The album has 14 tracks, including the hidden track after "Kill You". Korn released three singles from the album and each charted on the UK Singles Chart. For the first time, Korn released covers of the songs "Lowrider" by War and "Wicked" by Ice Cube. The album features such themes as social encounters and revenge. The album cover was designed by Martin Riedl and its name is credited to Korn's bassist Reginald "Fieldy" Arvizu. It received mixed reviews from critics. Life Is Peachy has sold over 6 million copies worldwide.

User Album Review
The band's debut album on Immortal Records sold one million copies. So will this one... maybe more... who knows? I'm impressed with the strength and sound quality the band has been able to magnify with _Life Is Peachy_. The screams are louder, the music seems harsher and the dementia of the band has magnified ten-fold. This stuff scares me at times - I'm serious. The album's "fucked-up" nature seems to carry this album into a different state of mind several times as _Life Is Peachy_ plays, and for those who expected Korn to sell-out with album number two, you're wrong. _Life Is Peachy_ is an intense shot of anger, frustration and maniacal tendencies all rolled up into one fist-pounding blow to the skull. An album very similar, yet at times far from what they had done with their self-titled debut release. Heavy tracks include "Twist", "[email protected]#:%!", the ever-cool "A.D.I.D.A.S.", and "Kill You". They even cover Ice Cube's "Wicked". Korn returns with a deafening, hard-edged dose of might that will surely bring a smile to their fans and keep them moshing.